I’ve just bought a new car (in Neerja’s name, naturally, since she uses it 90% of the time. My 10% quota consists of taking it for servicing, refuelling and getting the punctures fixed), and that has primed me to talk about cars this week. It’s a much more interesting subject, you will agree, than our politics which has settled into a groove not unlike the exit drain from your septic tank and (pardon me) is the same old crap every morning.

I started driving in the sixties; that was about when I started using after-shave since no girl would give me the time of day, forget about a slice of the evening. These initial forays were in my dad’s cars, he replaced the old one every four or five years because his job involved extensive touring and the roads those days were more like the pock marked cheeks of Om Puri than that of the lady from Mathura. My dad was Calcutta born, bred and toasted (he played for Mohun Bagan before HIS dad reminded him that he was running out of free lunches like I run out of a free reading of the New Yorker articles these days), and so naturally bought only Landmasters and Ambassadors. No tougher cars have ever been built- with these rugged pioneers one didn’t even need these ubiquitous XUVs, SUVs, MUVs and CUVs of today. In later years, however, my dad gravitated to the Maruti, in recognition of the fact that the Ambassadors were becoming outdated and obsolete, like their All India Service namesakes in South Block today. Maybe the latter too need a bit of Japanese expertise, like the Maruti did. Just a suggestion for Mr. Jaishankar once he gets over the waffling on the Ukraine issue.

Those were the days of simple basics and innocence: a car was supposed to get you from place A to place B in reasonable comfort and hopefully in one piece. It consisted basically of three components- an engine, a body and four tyres. I’ve bought four cars in my entire mis-spent life (if that sounds a lot like “entire political science” I can’t help it)- a second hand Fiat in 1982, a second hand Maruti 800 in 1991, a Hyundai I20 in 2010 and now the Venue referred to earlier. That amounts to a car every decade: it’s no coincidence that the Pay Commission is also set up every decade, what?

My problems started with the I-20 and have reached total fruition with the Venue. For starters, I have paid more for just the insurance last month than I did for the whole ruddy Fiat in 1982. More to the point, I thought I was buying a car, not a variant of a Boeing 737. There is so much instrumentation these days that the whole thing looks like a cockpit rather than a dashboard, the only thing missing is the arm waving air-hostess on the jump seat. They even have an auto-pilot called cruise control. One spends more time looking at the dials than the road: little wonder our road accident rates are going up every year, notwithstanding Mr. Gadkari’s 38 kms of expressways every day. Or maybe because of them, our drivers inspired by the landings and take-offs of fighter jets on the Yamuna expressway- if a Squadron Leader can do it so can a road hog. 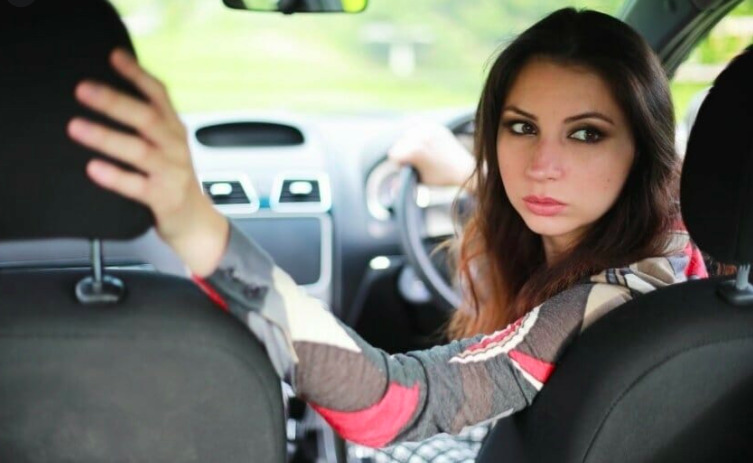 We no longer use the left hand to move the gear lever, cars now have automatic transmission, releasing the hand for texting on the cell or scratching our testimonials in the time honoured north Indian manner. For those who don’t want to scratch there’s something called IMT (Intelligent Manual Transmission), but that’s only for those who have an IQ of more than 70 , which means that this variant is not available in UP, Bihar and Haryana. We no longer twist our scrawny necks (an essential physio routine for those above sixty) to reverse the car: there are now rear cameras for that. Parking used to require that we mentally calculate the available space to wedge the car in the slot: this is now done by something called Park Assist. In my time we were happy to have a stereo for music, with two speakers; now there just has to be a small TV screen, six speakers and surround sound, even though one is surrounded by the sound of blaring horns, shrieking sirens and the wife getting the worse of an argument with her mother on the phone. There’s a thingy called Bluetooth which I’m afraid to even touch lest it bite. In my halcyon but simple days if one lost one’s way one stopped at a chaiwalla or taxi stand and asked for directions. No more. For one, all the chaiwallas have become Ministers in government; two, the taxi chaps have also disappeared, they have become “business partners” of Ola and Uber and communicate only through their Apps and QR codes; and three, there’s now something called GPS and Satnav- two charming ladies who sound like Girl Guides and guide you to Meerut when you actually want to have parathas in Murthal. They also turn deaf when you need them most, no doubt powdering their noses, or turning them up at you wherever they are, in Palo Alto or Guggenheim, while you’re stuck in a traffic jam under the Ashram fly-over.

Consider, if you will, the biggest scam of all- the sunroof, which is gradually becoming de rigueur. Do we need this? Really ? It makes sense for a meerkat in the Kalahari desert or a marmot in the More plains of Ladakh to occasionally stick his neck out for fresh air and so to sternly tell his dealer: No sunroof, no car! But a dude in Delhi or Mumbai or Kanpur? Who needs a sunroof in a country where the daytime temperature is 40* celsius for seven months in a year, it rains incessantly for three months and for the remaining two months the outside air contains more PM 2.5 particles than fake news in an Amit Malviya tweet ? And yet we have hordes of wannabe Great Gatsbys shelling out twenty thousand bucks extra for a sunroof they’ll probably use only when their son wants to take a leak into the wind.

I can understand the flexible, powered rear view mirrors- they are needed for Neerja to pat her hair and to apply a fresh coat of lipstick before she takes to the wheel like Tom Cruise in TOPGUN, to check out those Nicole Kidding-You looks from various angles, but what about those other desiderata of insane minds, bent upon stripping us of our few remaining faculties- ADAS (Advanced Driver Assist System), Brake Assist, Hill Start Assist, Highline TMS, Auto Driving IRVMs, SMS (Stability Management System)? Apart from the fact that a driver now has to decipher more acronyms than there are in our PM’s speeches, the question that arises is: how come then that our road accident rates continue to go up by 7% every year in spite of all the “safety features”? Proof, if proof were needed, that the more gizmos you add the more atrophied the human brain becomes; what we have on our roads now is not drivers but distracted zombies.

I don’t know much about law: I can’t tell the difference between a habeas and a corpus, or between a solicitor and a procuror , but I do feel that it is now time for our courts to apply their famous “essentiality doctrine” to these accessories and save us from being ripped off of tens of thousands of our unearned shekels. They should forget about applying it to hijab, triple talaq, Jallikattu or Sabarimala- India has too many of these windmills for even a Solomon to tilt at. Bring the doctrine to bear on these gizmos instead – are they essential to the purpose for which a car is built ? Can a car reach its destination without Breathless Voice telling you to take a U-Turn at a T junction? Can you press the clutch, or brake, without three pinging reminders ? Can you have a stable keel without being told by another dismembered voice to shift your amply endowed wife to the back seat? I for one would be willing to submit my considerable research on the subject to the court in a seat cover- sorry, sealed cover- for the perusal of My Lords. Can we please get back to driving a car by the seat of our pants and the out-sized brain God gave us with such high expectations ?

Mark Twain, who has said just about everything that needs to be said, famously remarked: “Civilisation is a limitless multiplication of unnecessary necessities.” Kind of hits the nail on the butt, doesn’t it? And so I’ve decided to intensify my search for my old 1982 Fiat Padmini so that I can find a car which I can actually drive myself, without the dubious benefit of artificial intelligence or natural stupidity. Neerja won’t mind as long as it has a rear view mirror somewhere.