Mandi: Researchers at the Indian Institute of Technology Mandi, and Durham University in the United Kingdom, have developed suction monitoring setup for soil cyclic triaxial testing to investigate the impact of climate change on railway embankments.

The findings of this study were published in the ASCE Journal of Geotechnical and Geoenvironmental Engineering, USA, published by the American Society of Civil Engineers. The study was conducted by Dr. Ashutosh Kumar, Assistant Professor, School of Engineering, IIT Mandi, and co-authored by Dr. Arash Azizi, Assistant Professor, University of Portsmouth, UK and Prof. David Geoffrey Toll, Department of Engineering, Durham University, UK. 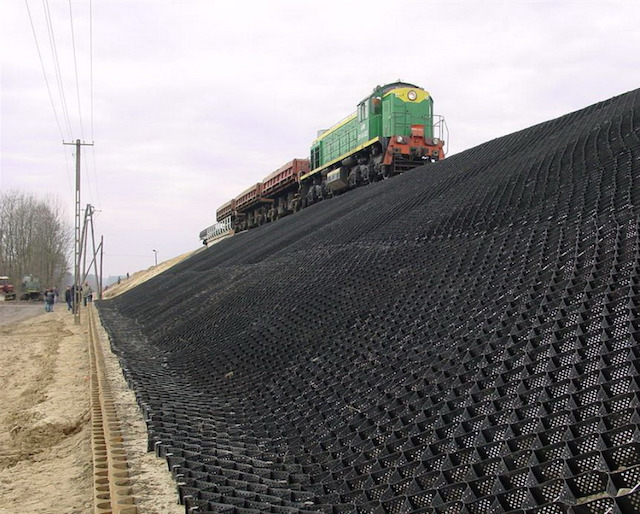 The main component of railway infrastructure is the trackbed, which is supported by earthworks. This is mainly used to support the track infrastructure and carry the load imparted by the moving traffic. The present design protocols only consider the load developed due to the moving train thereby ignoring the real case scenario of changing the natural state of the soil due to ingress and egress of water. Oftentimes, soil used in earthworks is compacted and remains unsaturated during its lifetime. Seasonal variations in terms of precipitation and drought are capable of altering the amount of water present within this compacted soil mass which can alter the strength of the embankment.

Highlighting his work, Dr. Ashutosh Kumar, Assistant Professor, School of Engineering, IIT Mandi, said, “To address the challenge of providing sustainable and resilient transportation infrastructure under the changing climatic conditions, IIT Mandi is working closely with Durham University UK. We all now understand the reality of climate change which is causing intense rainfall. Compacted soil is susceptible to deteriorate under the changing climatic conditions due to changes in the water holding capacity of the soil causing a hysteretic loss in the soil strength. In addition, the repeated train loading can exacerbate the deterioration process that would ultimately cause premature track degradation and resulting failure.

Understanding the coupled impact of train and environmental loading is essential to design and maintain the railway embankment against changing climatic conditions. Therefore, this study developed a setup within a cyclic triaxial apparatus to monitor changes in soil suction and deformation brought by traffic-induced cyclic loading and environmental loading, which can be used to assess climate risk at the design stage of railway embankments.”

The soil sample used in the study was taken from a 650-km heavy haul South African coal line that connects around 40 mines to the Richards Bay Coal Terminal in South Africa. 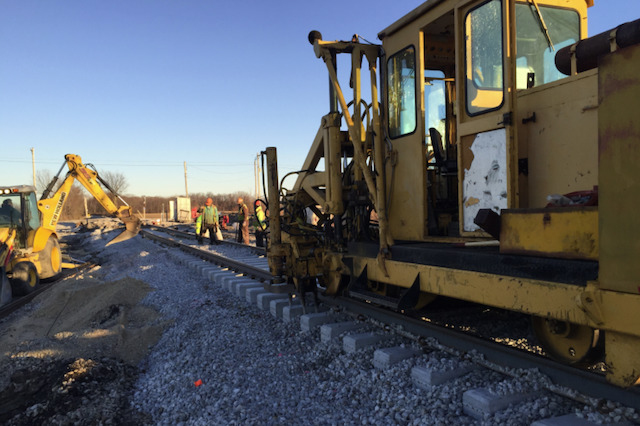 Explaining the research work, Dr. Ashutosh Kumar, said, “The research is unique in its kind as it would now allow understanding of the coupled impact of cyclic traffic-induced loading and environmental loading on the long-term performance of unsaturated soil present within the railway embankments. The setup uses a high-capacity tensiometer developed at Durham University to measure suction and on-sample displacement transducers to measure deformation within the soil under the coupled environmental and traffic loading.

Further, Dr, Ashutosh Kumar, mentioned, “We have adopted three testing protocols. First, under the condition of train loading, we allowed the water from the soil to drain freely when the soil voids were filled completely with water as a result of intense rainfall. We then conducted a test under constant water conditions replicating constant weather conditions under the given traffic conditions. We followed this by replicating the condition of the train loading under the ongoing event of rainfall. This information was used to identify the potential deterioration of soil strength due to wetting and drying cycles. The deformation in the soil was associated with water infiltration leading to a reduction in suction and hydraulic history.”

The results obtained indicate that deformation and reduction in soil strength are due to the combined impact of cyclic and environmental loading. The hydraulic history of soil has a predominant impact on its ability to undergo deformation. The suction monitoring setup can test the soil sample that has undergone the seasonal variation either in the laboratory environment or field conditions. This would help to develop strategies to mitigate climate risk at the design stage of railway embankments, leading to more sustainable construction. The novelty of this research was to gain knowledge of changes in the soil suction and deformation of soil under the impact of cyclic loading together with hydraulic loading imposed by the environment.”