When was the last time you heard our revered Prime Minister recommend a film to his MPs and colleagues ? In fact, I am a bit astonished that he even has the time to see a movie in his packed 18 hours working day, but obviously he made the time to view The Kashmir Files ( even if he missed Rana Ayub’s The Gujarat Files: this last bit is an assumption, of course, since he has not made any similar recommendation for it).

So what’s so special about TKF, apart from the fact that its Director, stars and financiers are known BJP acolytes? We can leave the merits of the film, its historical fidelity, intentions and box office collections to be debated by the Whats App university ( where, I learn, they are soon going to offer a quick course on “Pundits and Whodunits ?” ) My own view is that the importance of TKF is that it provides the missing link between the 2022 state elections and the 2024 general elections. Let me explain.

The Kashmir Files has provided the BJP a much needed opportunity to upgrade its Hindutva model. The just concluded UP hustings have demonstrated that the old model- based on Aurangzeb, hijab, beef, conversions, love jihad, Mandirs- has become jaded, over-used, and did not produce the same torque and horse power as earlier. A new hybrid engine was needed to produce the RPMs and charge up the faithfuls. If Mahindra could do it with the Thar, why not the country’s biggest assembly line of the external combustion engine? TKF does this very well- half fact, half innuendo, history blended with historicide, liberals with leftists and the JNU types. At the centre of this narration, of course, is the archetypal villain, the slouching beasts numbering 200 million who pose the greatest danger to our civilisation and culture. Which is why this film is now the new vehicle which will replace the Ram Rath and the Yogi’s bulldozer and drive the BJP to power in 2024. 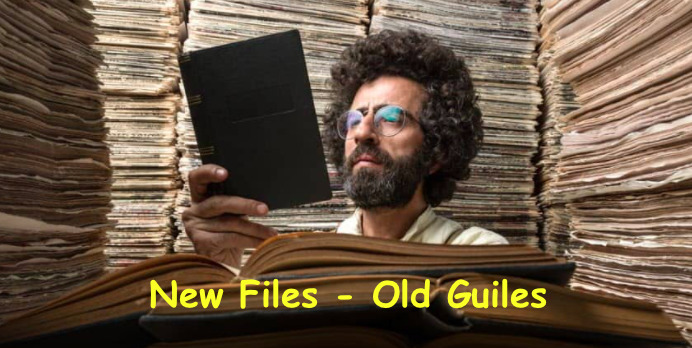 This is clearly evident not only from the PM’s gushing praise for the film, but also from the rising crescendo of tweets and WA forwards, the social media pressure on Bollywood notables to do likewise and to jump onto the bhaktwagon. And it certainly cannot be a happy coincidence that as many as 7 BJP state govts( at last count) have exempted the movie from Entertainment tax. Mr Vivek Agnihotri has even received the ultimate accolade- Kangana Runout has announced that she is willing to work with him! Even the Oscar would pale in comparison with this encomium.

A deliberate, calculated, nation-wide hysteria is being built up to reinforce the ” Hinduism is in danger” trope, to underline the “UP will become like Kashmir and Bengal” threat. Parliament and state Assemblies are arranging free screenings of the movie for its overworked members, business houses are giving discounts to those who have seen it, in Kanpur ( I was there this week) RWAs are offering free tickets to its residents ( no prizes for guessing where the money for this is coming from). Voices which plead for restraint and sanity are mercilessly trolled. The intention clearly is to exhume the ghosts of 30 years ago, re-open wounds which were healing, to keep alive, not the patient, but the maggots of hate and fear.

It is certainly not my intention to decry or belittle the unspeakable sufferings of the Kashmiri pundits. What happened to them should not happen in any country, far less in a nation with a rich legacy of pluralism and tolerance. My objection is to the insane tumult and furore being manufactured to paint all Muslims with the Kashmiri terrorist brush, the selective brutalisation of a community. Let us not forget that the oppression of the Kashmiri pundits is not unique, it is just one such incident in our sometimes blood soaked history: there were others- the 1984 killing of Sikhs in even larger numbers than the pundits, the Nellie massacre in Assam, the Chattisinghpora killings in Kashmir, the NE Delhi riots of 2020, the Muzzafarnagar riots of 2013. And of course, the Gujarat carnage of 2002. Indeed, it is ironical that our Prime Minister, praising TKF, castigates those who ” do not want the truth ( about Kashmiri pundits) to be told.” I say so because how many of us even remember a film called PARZANIA , made in 2007? It was about the massacre of residents (mainly Muslims, of course) of the Gulbarg Housing Society in the 2002 Gujarat riots. This film was not allowed to be screened in Gujarat and, to the best of my knowledge, that position prevails till today. More than one can hide the truth. Maybe the Gujarat Assembly will screen it for its members, now that the age of Truth has dawned?

What needs to be unequivocally condemned, therefore, is the selective double standards, the exploitation of the Kashmiri pundits for political purposes, the heartless use of their genuine sufferings to demonise one community, to fan the embers which were dying out in the merciful womb of history. And what is even more unacceptable to me is that this cynical propaganda is being engineered by a party under whose joint watch in Delhi this exodus happened, a party whose eminent leader was the Governor of the state of Kashmir at the time and exercised absolute powers, This same political party has subsequently ruled that state in partnership with a Kashmiri party it now holds partly responsible for the incidents. And the same political party has since been in power at the center for more than 12 years. Time enough, one would think, for it to have ensured the safe return of the Kashmiri pundits to Kashmir, to enable the restoration of their lost properties, to compensate them for their losses, to bring to book the perpetrators of the violence. But it has not moved one inch on these matters.

And then, of course, I would much rather this government and party talked, and showed the same concern and outrage, about some of the other files in the nation’s sealed cupboards: the Rafale files, for instance, or the Panama and Pandora files, the Pegasus files, the Electoral Bonds files, the Judge Loyola files, the Gogoi files (which probably need a separate cupboard by themselves). I’m not a great movie buff but I would love to watch movies on these files and would hope that they too are given tax breaks. In fact, I foresee happy days for all those Netflix addicts: one producer has already announced that he will make a film titled the GUJARAT FILES, Akhilesh Yadav has expressed the hope that someone would produce the LAKHIMPUR FILES. Ashok Khemka ( he of the repeated transfers fame) could launch his political career with a film called THE ESCAPEGOAT FILES. It’s showtime, folks, so get ready for your next lesson in history !