I am gradually getting convinced of two things: one, all this ozone rattling by various COPs is getting us nowhere; and two, that economists do not live on the same planet that you and I do. This was brought home to me conclusively last Sunday night when I was listening to Ruchir Sharma being interviewed by Prannoy Roy. Mr. Sharma, giving us the ten top trends for 2022, expressed alarm at India’s dropping birth rate ( we are now below replacement level for the first time ) and said that this was bad news, it would result in a drop in GDP and make it impossible for India to join the ranks of the developed countries. He further enlarged this Cassandra type prediction by warning the hugely impressed Prannoy Roy that no country with a declining fertility rate had ever done well economically. My jaw dropped to the floor and was retrieved only just in time for dinner. An explanation is in order.

Forget for a moment that, at eight billion souls, the planet is already overpopulated twice over and that experts have estimated that global population is likely to stabilise at about 11 billion by 2100. Forget that 77 million were added to the world population last year. Forget that if every country enjoyed the living standards of the USA we would need five more Earth-size planets to supply their wants. Forget also that the best quality of life is enjoyed by countries with low population growth- Japan, South Korea, the Scandinavian countries, New Zealand, even China nowadays. Let us look at our own country.

India’s population is about 1.4 billion, give or take a few million small change. 400 million of them are below the poverty line which, at US$ 2 per day itself suffers from a poverty of imagination. The unemployment rate is 8% and the LPR ( Labour Participation Rate) at 40% shows that people have even given up looking for non-existent jobs. Recently in U.P thousands of PHDs and law graduates applied for the jobs of drivers- and didn’t get them. And these are figures for the formal sector: the state of the informal sector- Mr. Amit Shah’s “pakoda wallahs”- is far worse. The much-touted ” demographic dividend” is now a demographic NPA and is sitting on its collective backside waiting for the economists to be proved right. 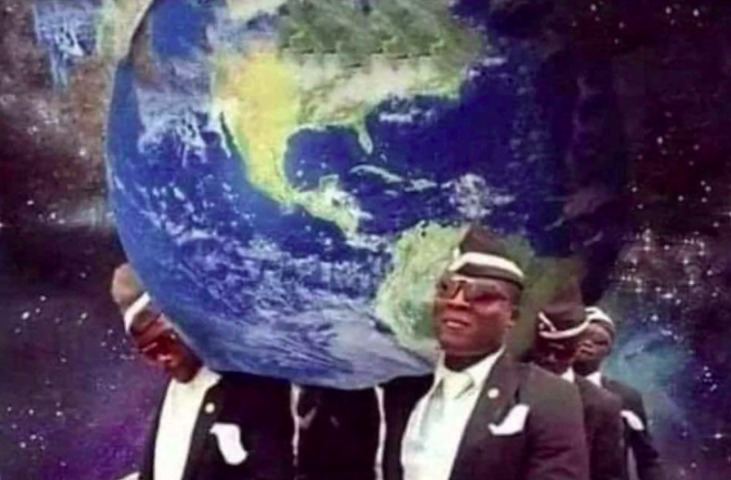 We simply can’t cope with these numbers of people; we can’t ensure them health, education, jobs, social security, a stable social environment, safety- all, incidentally, fundamental rights under the Constitution. Farmers migrate to the cities in their millions every year, landholdings keep getting fragmented, millions continue to be displaced by projects which benefit only the better-off sections of urban India, tribals are FIRed out of their mineral-rich forests. And it’s not a question of which is the right political or economic model; we have tried them all and failed. And Mr. Sharma still thinks that we should be adding more to this mass of deprivation?

In purely environmental terms also, the worst economic template has been the one espoused by the Ruchir Sharma types- the neo-liberal capitalist model ( more easily recognizable as the IMF/ World Bank/ Adani/ Ambani model ). This worships only two Gods: consumption and GDP, all else be damned. And the tragedy is that all our COPs, whether in Paris or Glasgow, bow to the same Gods which is why the hymns they sing to Climate Change are actually dirges for Mother Earth. Consumption and GDP are actually the pallbearers of our planet. They are driving us to more and more relentless exploitation of the planet’s natural resources. A finite resource base cannot support an infinite demand for goods, whether it be water, minerals, land, forest produce, crops, meat, even land. The various COPs have not even looked at this dimension of the impending catastrophe.

Global GDP is US$ 100 trillion and it is achieved by the relentless exploitation of our natural assets, unmindful of the fact that these resources are not limitless. To better appreciate, in tangible terms, this depredation, consider some figures:

There are 200 million passenger cars on the planet, expected to grow to 2 billion by 2035. Cars already account for 30% of all CO2 emissions.

4.1 billion people fly every year, most of them for pleasure. The figure will reach 7. 8 billion by 2038. Aviation already spews 1.250 billion tonnes of greenhouse gases every year.

We slaughter 1 billion animals for meat in a year, consume 400 million tonnes of meat ( the figure was 55 million tonnes in 1961). The livestock raised for the purpose accounts for 14.50% of all GHG emissions and takes up 80% of all agricultural land; a land, which could be better utilised for raising crops for the hundreds of millions of people perennially on the brink of starvation.

226 million containers are shipped every year carrying 2 billion tonnes of goods because we are not satisfied with what is available locally. And all this is on fossil fuels.

27000 trees are felled EVERY DAY to produce toilet paper. Recycled paper is a no-no because it is not soft enough for our pampered posteriors.

In order to meet the ever-increasing demands for goods and services 10 million hectares or 100,000 square miles of forests are felled every year; in the last thirty years we have already lost 80 million hectares of primary forests.

WWF estimates that at least 10000 species are becoming extinct every year, which is 1000 times the natural extinction rate. And all this is owing to human activity.

Just the internet consumes 200 Terra Watt-hours of power, more than the total energy requirement of Iran.

One can go on and on, citing more figures, but the picture is dark enough even without them. The planet is quickly reaching, may have already reached, a point of no return, and not only in terms of climate change but in its ability to renew and heal itself. And yet our economists keep driving us on to consume more and more of everything, and every country is trying to reach higher and higher rates of GDP growth. For purposes of retaining our sanity, it may be instructive to remember what Prof. Robert Gordon of North West University, Chicago, warned: global GDP has been growing at an average of 2% per annum since 1900 and can grow no further without irretrievably damaging the planet.

That may have already happened, but can we at least stop listening to these economists now? We have to manage Demand and not just focus on Supply, tax expenditure and not just income, impose punitive royalties on ALL natural resources, incentivise alternatives ( such as “plant-based meat ” ). GDP has to be replaced by a new concept, perhaps an SDP or Sustainable Domestic Product in which the environmental cost should be zero. Net Zero targets should not be limited only to GHG emissions but should also apply to the natural environment and ecology. Every ” development” project should be evaluated on the basis of its TOTAL impact on the environment ( not just the joke that EIAs currently are) and if it does not meet the Net Zero criteria it has no business being approved. And we- the children of Mother Earth- must restrain our appetites for the “good” things of life, adopt minimalist or ” non-sumption” ways of living. Only a more simple lifestyle can save this planet. At the current rate of consumption, we shall leave behind only a scorched and depleted planet for the next generation. The Elon Musks and Richard Bransons can probably relocate themselves on Mars but what about the rest of us?

Remember the wise words of the Red Indian Chief Seattle, when he was forced to hand over his precious lands to the white man in 1854: