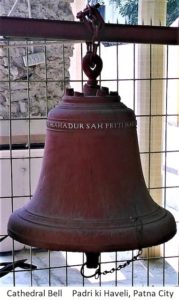 India is a land of rich historical past & cultural diversity with people of different religions living here in complete harmony. Patna city in the Bihar state of India has a history dating back to nearly 3,000 years and is known for its historical & religious monuments thus earning it the title of City of Pilgrimages.

Through the traffic jams, I reach one such religious monument located in the old City; Padri Ki Haveli (“Mansion of Padre”) or St. Mary’s Church as it is locally known, exhibiting its 300 years of existence. Also known as the Visitation of the Blessed Virgin Mary is the oldest church in Bihar, one of the best places to visit in Patna; and the Principal church is an important landmark. The place is believed to be visited by Virgin Mary. This Catholic Church holds special importance for the people of Patna. Mother Teresa stayed here as a Nun. By her name, there is “Missionaries of Charity”. Patna room still houses Mother’s memories, they still got her belongings and her room, I think.

When Roman Catholics arrived in Bihar, they built a small church in 1713 at a place now known as Padri-ki-Haveli. It was re-designed to its present form in 1772 by an architect called Tirreto, a Venetian*.  It measures 70 ft in length, 40 ft in width,  and 50 ft in height. 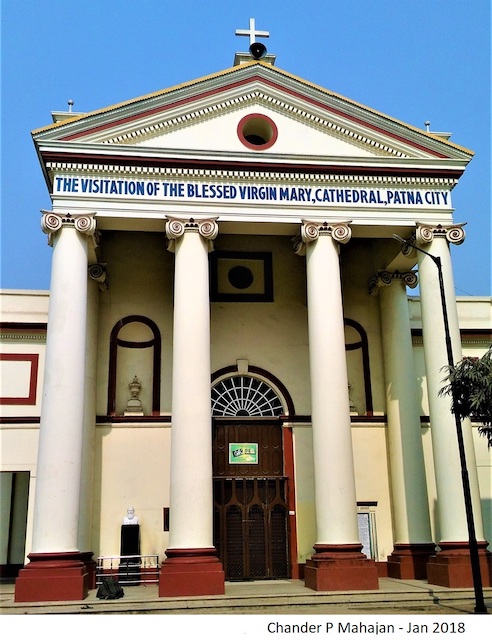 With intricate details and inscriptions which can be seen only in a few churches of India, one is left staring in wonder at the finest spectacle of white columns of the Gothic^ architecture, standing tall as silent sentinels, telling a story of centuries.

This church has impressive medieval architecture depicted by Gothic columns at the front and an archway over the windows. Many people call it British Construction; some others term it an American Colonial Architectural style. 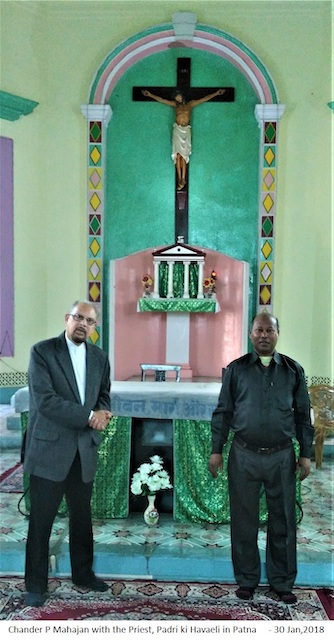 “The church has withstood many attacks following which ancient records kept inside were destroyed. It also suffered an attack during the revolt of 1857,” It has witnessed many battles like the one between British traders and Nawab Mir Qasim (the ruler of Bengal); “the Haveli was pillaged by the Nawab’s soldiers for its treasure on June 25, 1763”.

Bells in Bible were a reminder of holiness.   In Christianity, the ringing of church bells is traditionally believed to drive out demons and other unclean spirits; & to call the faithful to worship.  It is usually mounted high in a bell tower on top of the church, so it can be heard by the surrounding community.

‘Here the bell is fixed in position (“hung dead”) on the left side. I was given to understand that it was too heavy to be lifted to position; rather I spot a loudspeaker on the steeple ’.

Many Catholic Christian churches ring their bells thrice a day, at 6 am, 12 pm, and 6 pm to call the faithful. The primary purpose of ringing church bells in modern times is to signify the time for worshippers to gather for a church service;

Locals consider this church to be auspicious and People from all faiths visit this church for prayers. During Christmas, the Padri Ki Haveli has a festive look, I am told; and sees a stream of devotees coming in to offer prayers. The place has good space and environment.  “Oldest Church is a Divine sign of Jesus Christ in our Patna City”, “Heritage Destination” say the followers. There is also an orphanage alongside the church. 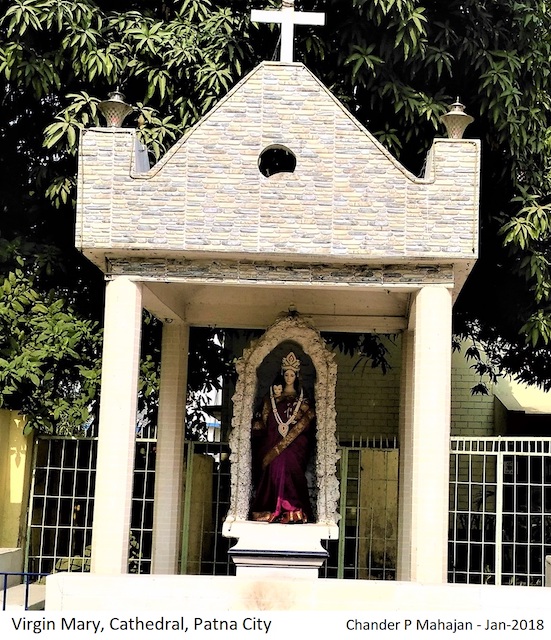 According to the 2011 census, Christianity in Bihar, a state of India, is a minority, yet it is 3rd largest religion, being practiced by the highest state population after Hinduism & Islam. Bihar has numerous house churches as well. 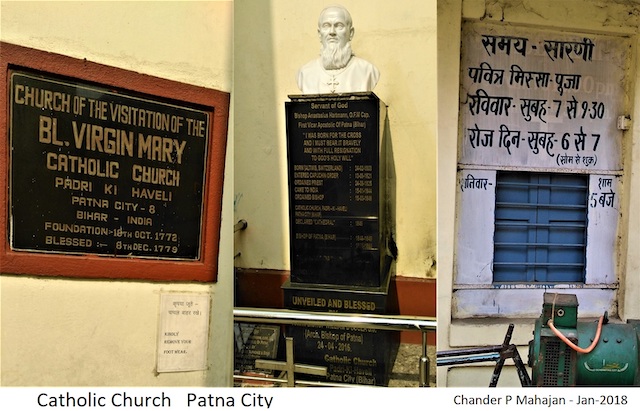 With inputs from the Priest.

*Relating to Venice or its people.