There has been no bearded specimen in the Shukla family for the last hundred years at least, including my cousin Madho. He occasionally does present an untidy hirsute look which could be mistaken for a fuzz, but a closer examination reveals that his facial fallicles do not conform to the dictionary definition of a beard (as extracted from the logic of the Supreme Court judgment in the Godavarman judgment of 1998 defining forests): they denote instead a failure to shave on some days, primarily because of a temporary diversion of the budget to the purchase of Old Monk instead of shaving cream and razors. And since Madho is not a multi-tasker- he can entertain only one thought at a time, preferably in single syllables – at such strained moments the Monk wins hands down. 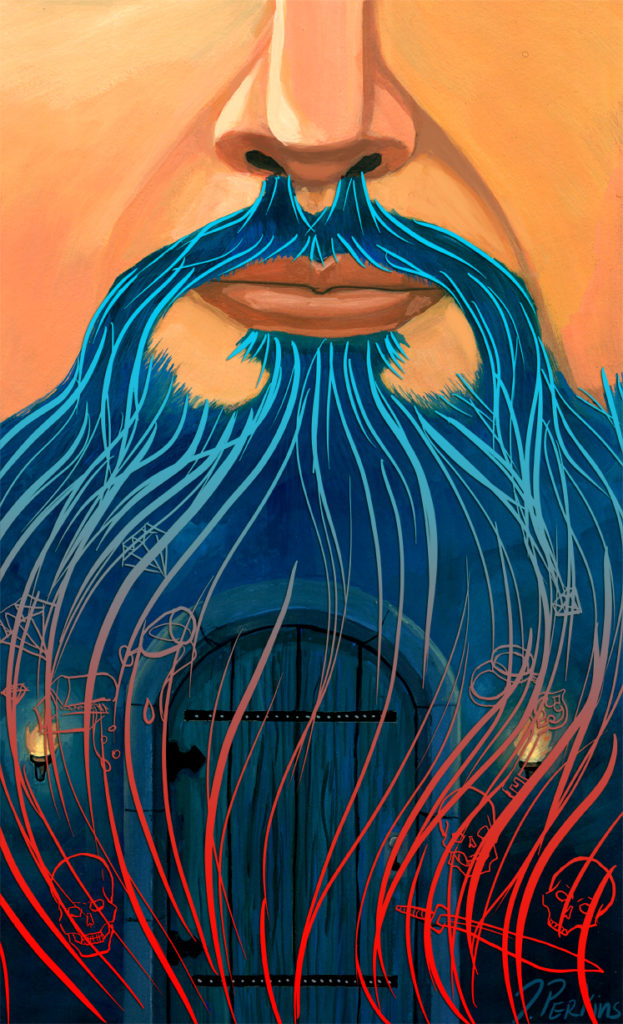 And therefore, since I have now crossed the average life expectancy of an Indian and can expect to bump into the Grim Reaper any day now, I have decided to rectify this omission and grow a beard. I am aware of the pitfalls of tinkering with fallicles, of course. A batchmate of mine, Satya Prakash Nanda from the Odisha cadre, whose thin strands on the scalp were classified as ” open scrub” rather than “dense forest”, once decided to completely shave his head to stimulate a fresh, lush growth of the type promised by that ” educated literate” paragon Mr. Hardip Puri for the Central Vista grounds.. Unfortunately, even now 45 years later, not a single hair has sprouted on his dome. He is now known to his friends as Satyanash Nanda. But I am hopeful that history will not repeat itself: I may even start looking like Ernest Hemingway, which would be a bonus. Conversely, I may start resembling our saintly Prime Minister, or Omar Abdullah post his detention, but that’s a risk I’ll just have to take. As Confucius said: No risk, no mane.

You may well ask: but why a beard at all? Well, one reason is that bearded men are more attractive than bearded women. Two, a man without a beard is like a lion without a mane, which is why all the loins of Punjab are bearded. Third, shaving comes with its own risks; a recent study has found that the average man spends 3350 hours of his life shaving. The average bearded bloke uses that time to have fun with the wife of the man who shaves! And so, even though I have pure Observer status in such matters now, I can put my remaining hours to better use than lathering my face every morning.

But growing a beard is no mug’s game, it has to be approached with a certain amount of planning. I have devised a tool kit for the purpose which I am willing to share with the reader, even at the risk of being branded a male Disha Ravi.

The first step is to wait for the wife to exit the stage for some time. Wives don’t like beards, because the salt and pepper in them indirectly betrays their ages, see. And when you have more salt than pepper in your beard ( like me) it also reminds them of their cooking. In my case, I waited for my wife to make her 47th visit this year to see her mother, and when she returned after a couple of weeks, my beard had taken roots and was even sprouting branches. This then is the secret of success- present her with a fait accompli, as the Modi government does to the Supreme Court constantly, and its then too late to change the status quo. Or, as Shakespeare puts it in Macbeth: ” returning were as tedious as go o’er…” Trust me, if it works with our Hon’ble judges it will work with the wife.

It’s important to keep your visage hidden till the beard has reached a respectable and presentable stage, and the scrub has become foliage. No wife ( or pet dog, for that matter) can bear the sight of an unshaven man day after day, and the boss in office won’t even need the pandemic as an excuse to sack you. In a more poetic analogy, you must emerge fully bearded, like the goddess Athena who emerged from a skull fully formed. Fortunately, the pandemic and the lockdowns are great facilitators in this respect: the mask will hide the sprouts and the enforced isolation will keep prying eyes away till you are able to reveal your facial vegetation in all its glory. The living proof of this is our Prime Minister’s cascading fuzz: one day he had a stubble, and suddenly, when we saw him next he was giving Rabindranath Tagore a run for his money. In fact, I firmly believe that the lockdown in March 2020 was imposed primarily in order to give Mr. Modi the opportunity to grow his beard away from prying eyes. It almost won him Bengal. Maybe, if Mr. Amit Shah had used the time to grow one too instead of sharpening his knowledge of chronology and termites…..who knows?

Finally, it’s important to choose your beard style. Do not aspire to be a Bluebeard or a Methuselah- leave that for the politicians. My research reveals that there are more types of beards than types of fake news in Amit Malviya’s bag of dirty tricks ( which is saying a lot). You can choose from goatee, mutton chops, Van Dyke, chevron, chin strip, royale, Balbo, hipster, Garibaldi, whaler, etc. I myself have gone in for the Uniform, which should not exceed two inches in length. I am into phase two trials, and, like Covaxin, do not intend to wait for the phase three data to reveal myself to the world. At the moment I look a bit like a colobus monkey peering from behind sparse undergrowth, but I’m told most women find that very cute. I would have preferred the mutton chops but one can’t take unnecessary risks these days with so many bhakts on the loose. Safer to have a vegetarian style.

So, dear reader, go for it. There are good chances that your wife may dump you in the process, but then just think what all you could do with those extra 3350 hours! Remember, a beard is to character what diamonds are to ornaments. Or, to put it in language easier to understand by the Netflix generation, beautiful women have curves, real men have beards.