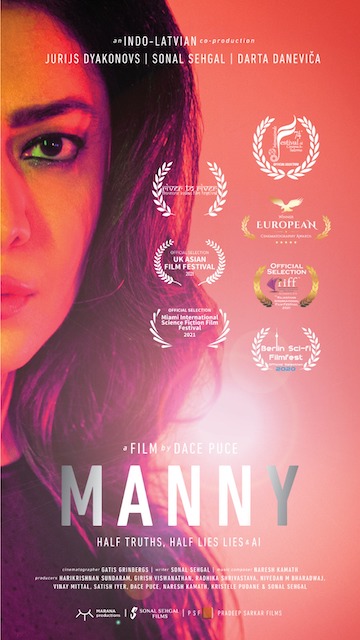 Sci-Fi thriller ‘Manny’, written and produced by Indian Actor Sonal Sehgal and directed by Latvian director Dace Puce has had quite a successful run in the Festival circuit. Last night the film won ‘Best Script’ at the recently concluded 23rd UK Asian Film Festival supported by BFI. Sehgal has written the Story, Screenplay and Dialogues for the Feature Film. This is the seventh International Award for the film in the last six months.

While the team could not attend the festival held in London due to Covid, they were connected with the audience online after the screening for a Q & A round. The Awards Gala was held at the British Film Institute last night and live-streamed online. Says Sonal, “I was in shock! I rewound the video 3 times to make sure I heard it right. It’s my first International award as a Feature Film writer and at such a prestigious Festival. The film is about the growing dependence of humans on AI. Science fiction is a genre I love to write”. In 2018 Sonal also published a Sci-Fi novel titled ‘The Day that Nothing Happened’. 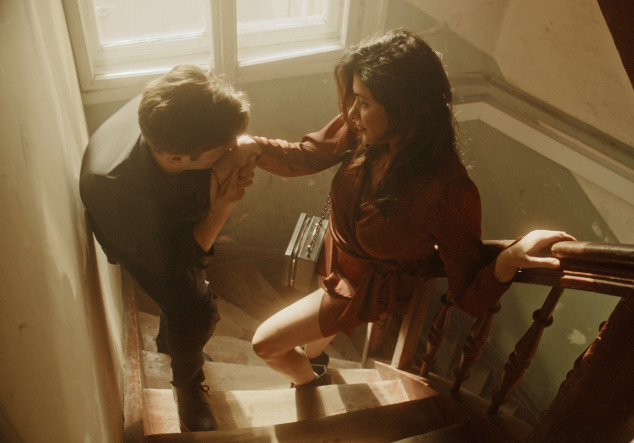 Next up the film will be screened at the Madrid International Film Festival and the Indian Film Festival of Stuttgart. Sonal and Dace will be attending the events virtually. “While I am gutted being unable to attend these screenings of my film, as a first-time producer I’m grateful that I managed to finish the film and get it out in these trying times. The Awards are a cherry on top’, Sonal said signing off.