Manali: Three years behind schedule, army engineers struggling to construct the strategic 8.8-kilometre all-weather Rohtang Tunnel in Himachal Pradesh, are within grasp of achieving a breakthrough where the last layers of rock separating the north face of the tunnel with the south face would be blasted in the week ahead to see finally light at the other end of the long tunnel.

Col Chandarana, chief engineer of the Rohtang tunnel project here said that after successfully making the breakthrough, they would be carrying out a safety audit, installing supports systems and we are also doing a detailed survey for alignment confirmation as per design tunnel alignment within the required norms of traffic geometry.

He further said after confirmation of alignment, installation of requisite support system and technical soundness the final heading breakthrough would be carried out in the coming days. 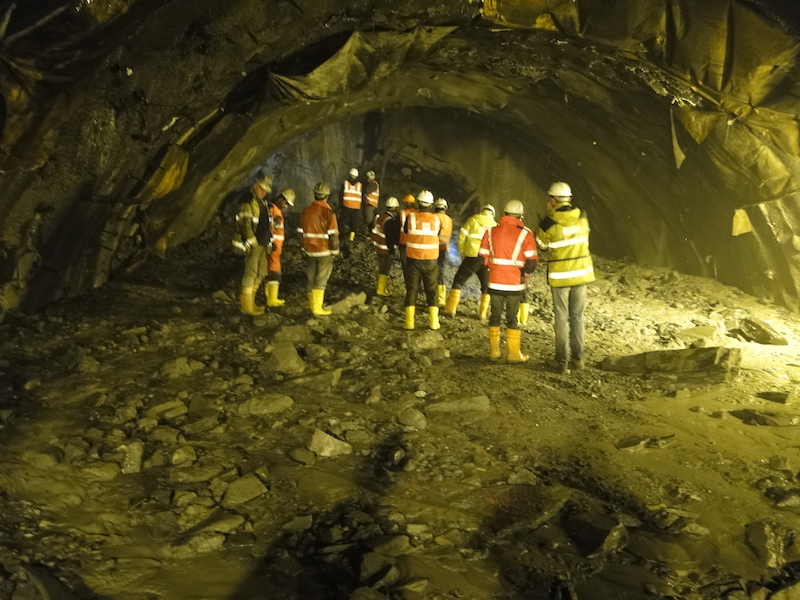 Proposed in 1983 and launched in 2010, this 8.8 km tunnel is deemed the country’s longest. Today saw the lights of both ends meet. Starting from Dhundi in Kullu district and ending at Gufa Hotel, near Sissu, in Lahaul-Spitti district, the tunnel is ‘almost on the brink of break through after the delay of three years.

The tunnel is scheduled to be made operational by 15 August, 2019.

The project is likely to boost tourism in the region by providing round-the-year connectivity to the picturesque Lahaul valley, which remains inaccessible for six months every year due to heavy snowfall.

“We are aware that the tourist rush to the tribal district of Lahaul-Spiti would increase after the opening of the Rohtang tunnel and we are prepared to cope with the situation,” Ravi Thakur MLA for the landlocked district said while speaking to Hill Post.

The project was to be originally completed in February 2015 but water ingress from Seri Nallah, ban on rock mining, water leakage, and delay in allotment of land needed for quarrying led to the delays.