Manali: An unknown person stabbed a shopkeeper in the town centre at about 2:10 pm on Thursday and disappeared from the crime scene. 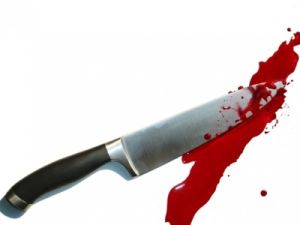 Many people, who saw the criminal running, tried to stop and catch him but did not succeed. Taking shortcuts and passing through narrow streets, the stabber managed to escape after committing the crime. According to eyewitnesses, he was wearing a black dress and was of slim built.

The victim identified as Vijay Thakur, a 27 year son of Raj Kumar, resident of Majhach village, has been admitted to a private hospital and is undergoing treatment.

Soon after getting information, police rushed to the spot and searched for him everywhere. The police is examining CCTV footage.

There are 36 CCTV cameras in Manal for surveillance purposes but only 10 cameras are working as the annual maintenance contract with the service provider had not been renewed, a police officer disclosed.

KD Sharma, SHO Manali said that some of the surveillance cameras had captured the accused running from the crime scene.

“Investigation is moving in right direction. A case under section 307, 451 IPC has been registered,” said Sharma.