Intolerance is a very commonly used word in our country. Equally true is the fact that this word is invariably associated with the Hindu majority. Over the past many decades it seems to have become an axiomatic truth in our country that Hindus are intolerant while all other communities and religious groups (minorities) are tolerant. Whatever be the reality this myth seems to have found deep roots in our country due to various reasons – none more relevant than the minority appeasement policies of past governments to safe guard their vote banks and the inherent passive nature of Hindu religion based on acceptance and peaceful co-existence with other faiths. Today we have a situation where the mere mention of the word Hindu or Hinduism, in any context, invites the wrath of a host of self professed secularists and minority community leaders. Hindu majority is expected to prove its secular credentials at each step while there are no such demands on minorities. Their secular credentials are taken for granted. Such an approach at national level has become the bane of Indian society where 83% Hindus always find themselves at the receiving end.

The Ram Mandir and Babri Masjid controversy has been raging for many decades now. The case is coming up for hearing in the Supreme Court in next few days. First heavily loaded salvo has already been fired by Mr Haji Mehboob, one of the three litigants from the Muslim side, when he was interviewed by a journalist from a leading television channel a few days ago. Every word he spoke reeked of hatred and intolerance against Hindus but no minority leader or pseudo secularists will ever admit the same since minorities can never be intolerant in our country. The Muslim leadership and litigants have also not agreed to the Supreme Court suggestion made in March 2017 of a negotiated settlement despite a positive response from Hindus. It is obvious that in the current situation whatever final verdict is delivered by Supreme Court, one of the parties will be dissatisfied and a heavy violent backlash will be inevitable.

The reasons for the Ayodhya dispute are known to everyone. In short Hindus claim the place where Mughal General Mir Baqi built the Masjid in early sixteenth century under directions of Mughal Emperor Babur as the exact place where Lord Ram was born. A temple dedicated to Lord Ram was in existence at that site but was demolished to build the Masjid. Therefore in all fairness Lord Ram’s temple must be reinstated at the exact spot by removing the Masjid since the place is sacred for Hindus. The Muslim community on the other hand is against the removal of Masjid. For Muslims it is just one more place of worship but for Hindus it is an ultimate place of worship and there lies the difference. If this is acknowledged and accepted by all concerned then it may pave the way for a lasting solution. 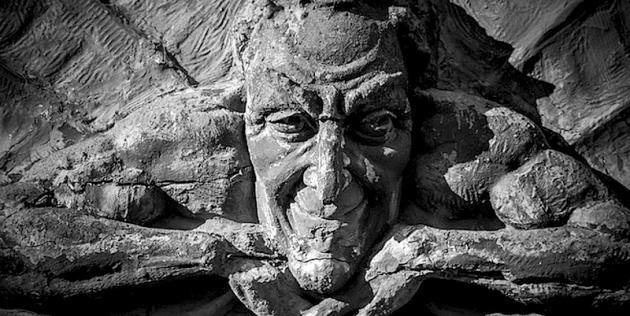 Call it fiction or mythology or reality, the reverence of Hindus for Lord Ram is unquestionable and dates back to 5000 BC. What Jesus is to Christians or Prophet Mohammad to Muslims, Lord Ram is to Hindus. There can be no two opinions on this. Add to it the fact that Lord Ram has been revered and God for Hindus for more than 5000 years before Christ was born and more than 5500 years when Prophet Mohammad became relevant with birth of Islam. All these facts cannot be just wished away. The point being made here is to highlight the importance and relevance of Lord Ram for an average Hindu and the longevity associated with it. Therefore Ayodhya being birth place of Lord Ram is as sacred to Hindus as Jerusalem is to Christians or Mecca is to Muslims. The Ayodhya problem must be seen in this light. Just as Jerusalem is non-negotiable for Christians and Mecca for Muslims, Ayodhya too has become non-negotiable for Hindus. There is no comparison between the importance of a Ram temple at the site in Ayodhya for Hindus and the existence of just another mosque at the same site for Muslims. If the mosque in Mecca is the ultimate place for worship for Muslims, today a temple at the disputed site in Ayodhya has become the same for Hindus for whom Lord Ram is the Supreme Being.

Can it be ever forgotten that essentially Hindus and Indian Muslims are from the same stock and share a common heritage dating back to thousands of years? It will serve no purpose if both sides keep on quoting past history or question authenticity of each other’s claims to seek ownership of the disputed site in Ayodhya. The importance and significance of Ayodhya must be seen as part of common heritage of every Indian. If not then whatever is the final court verdict, as and when it comes, there will neither be peace nor goodwill between the communities. It may be prudent to remember that the fight is over Lord Ram who ruled his kingdom from Ayodhya and is considered the epitome of fair and good governance. Is it not ironical that instead of furthering his teachings and learning from his sacrificial and benevolent deeds, we are fighting each other?

Societies co-exist amicably only when there is a mutual give and take on regular basis among them. Whenever this give and take is missing, strife and fights invariably step in to fill the void. If Muslim community feels that Hindus are intolerant while they are not then it is an Allah sent opportunity for them to walk the talk. It will make no difference to them if the mosque is built at another site in Ayodhya since the disputed site has no relevance to their religion or beliefs. But they know that Ram temple for Hindus has to be at that site since it is believed to be the exact place where Lord Ram was born. Can the Muslim community show tolerance and give the site to Hindus? If it does that it will not only prove a point of not being intolerant but also invite eternal gratitude of the nearly 83% Hindu population of the nation. The price to be paid by Muslims is very small considering the dividends that may accrue to the community and the nation as a whole. A lot of enmity, violence and bad blood between the communities will be avoided by this one act of tolerance on part of the Muslims. The community will create history in modern India that will be lauded for generations to come.

In Mahatma Gandhi’s words – “The need of the moment is not one religion, but mutual respect and tolerance of the devotees of different religions”. Just as Muslims have the right to worship the birthplace of Prophet Mohammad in Mecca; Hindus too must have the right to worship the birthplace of Lord Ram in Ayodhya. After all as Robert Green Ingersoll said “Tolerance is giving to every other human being every right you claim for yourself”. Question is can Muslims prove their tolerance credentials in this hour of need, if not they should stop accusing Hindus of intolerance.