There is very ugly narrative making the rounds in the country of late. Most pseudo liberals, who seem to get ants in their pants at the very mention of the name Narendra Modi or BJP (Bhartiya Janta Party), call it anti-Muslim. Politicians brought up on a diet of vote bank politics and political sycophancies tend to call it both as anti-Muslim and anti-minorities. Today both these categories of people in India have a lot of similarities. They feel sidelined from main stream India and have lost their power and perks that they had taken for granted for many decades under governments who championed the concept of secularism without really following it in its true sense. They were not ready to concede that secularism was being used as a tool for vote bank politics and minority appeasement. None of them has come to terms with the fact that BJP is in power today with Mr Narendra Modi at its helm who enjoys an unprecedented public goodwill and confidence. They swear by a democratic India at the drop of a hat and yet fail to accept people’s verdict in favour of BJP. It hurts them to no end when they realise that Mr Modi is regarded as one of the more important leaders in the world today and that he has proved to be a shrewd diplomat in addition to being a politician who is a step (or many steps) ahead of the opposition at all times.

The opposition and their intellectual sympathisers are reduced to finding faults and giving a communal twist, mostly imaginary, with anything and everything that the government does. The result is that most have lost their rationality and equilibrium that invariably shows them in poor light. Is it any wonder that apart from scoring self goals every time these leaders open their mouths, they seem to have forgotten that even as opposition they can make positive contributions for betterment of the nation? Taking off from 2002 Gujarat riots, they feel that the only way to bring about the fall of Mr Modi and his government is by creating a fear among Muslims and minorities by overstating the Hindu credentials of both. From key government policies and initiatives to the misplaced actions of a few marginal rightist Hindu elements, these people distort the narrative to suit their ends. A prime example of this the Jan-Dhan Yojana where in at government’s initiative millions of bank accounts have been opened to increase financial inclusion of all citizens across the country. Mr Owaisi of AIMIM, in a debate on national television, charged the government of ignoring the Muslims as the number of accounts opened for them were much fewer than for the Hindu community. On being asked what he and his party did in their state to encourage and help Muslims to open such accounts he had no answer and found himself tongue tied? This then is possibly the root cause of anti-Muslim and anti-minorities narrative that seems to be gaining currency in the country today. Add to it media’s fixation for TRPs and relentless persuasion of sensationalism and we have a potent recipe for an ever increasing communal divide. 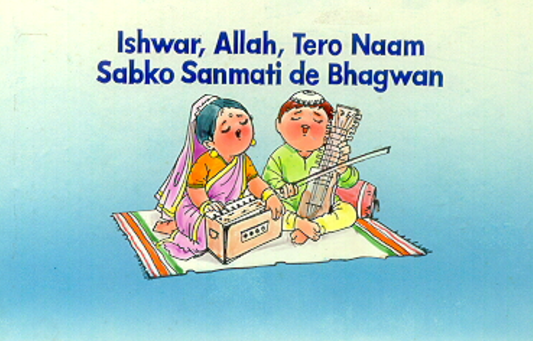 Islam has a worldwide presence and is the official religion of scores of nations. Hinduism on the other hand is restricted to India and Nepal. Today with the advent of ISIS and the spread of terrorism that invariably finds roots in Islam, there is a worldwide mistrust and disengagement with Muslims. It goes without saying that most Muslims have nothing to do with terror or ISIS but given the prevailing environment such a development is an automatic fall out. The ISIS and terror outfits use this to play the victimisation card and seek loyalties from all Muslims in the name of their religion. The fact that they purposely misinterpret their religion to justify their actions is another matter. Some fall prey to such machinations, most remain passive and non committal and only a few odd individuals raise their voice against these groups who malign the entire Muslim population. Answers for any ills that plague a society have to be found from within and no society is immune to this logic. For this to happen, it is imperative that the society as a whole recognises and accepts the problem. Unfortunately within Islam there are very few voices that do this and even these tend to get lost in the high volume and high decibel falsehood that is spread by vested interests. That is the bane of Muslim society today across the world and India is no exception.

Much has been made of a few minor incidents involving Hindu rightist fringe elements, particularly when it involves a Muslim. India has always had communal rivalries; both Hindus and Muslims alike have taken the law in their own hands from time to time. One can argue that of late possibly more Muslims have been targets than Hindus. But that is neither here nor there since a case can be made the other way around in some other period of time. If acts of cow vigilantes or love jihad campaigns by Hindu fringe elements add to the anti-Muslim narrative, then the anti- Hindu sentiments expressed by responsible Muslim leaders or attacks on Hindu pilgrims in Kashmir certainly give rise to an anti-Hindu narrative. The point here is that any such incident, irrespective of who is at the receiving end, is against the spirit of communal harmony and the authorities have to deal quickly and effectively with perpetuators of such crimes – irrespective of their caste, creed or religion. Is the current government doing enough in this regard? If not, then that is where the opposition needs to focus without being selective. It goes without saying that past governments, both at state and centre, were found wanting in this regard. Without a doubt the current government too can do much more in a proactive manner to keep communal tensions in check.

There is no doubt that in last three years a few more voices are heard from among the majority community – some rational and some not so rational. This is being termed, albeit mischievously, by opposition, pseudo seculars and other vested parties as rise of Hindu right. As far as government is concerned there is a discernable shift to give equal opportunity to one and all irrespective of their caste or religion or numbers as against the earlier policies that invariably favoured minorities. All government initiatives are aimed towards this end. Is it wrong to give equal opportunity to every Indian? Why is it that the intellectual brigade and politicians in opposition voice serious concerns on isolated communal incidents involving a few individuals but have nothing to say or contribute towards such initiatives on part of the government that touch the lives of millions? Why is it that political fraternity from the opposition that lives off the goodwill and resources of the nation does not do its bit to further the success of such initiatives for betterment of their voters? Unfortunately their sole concern is to safeguard their shrinking vote banks by keeping their voters poor, underdeveloped and seeped in false religious practices and beliefs. If that calls for spreading a false communal narrative then so be it.

In reality there is neither an anti-Muslim nor an anti-minorities narrative in our country. One may add here that there is also no anti-Hindu narrative. Such perceptions are subjective and creations of vested interests. The one narrative that does exist today in the whole world, including India, is the anti terrorism narrative that at times is misconstrued as anti-Muslim narrative. The reasons for this are very obvious. If this perception has to be corrected then the Islamic community worldwide has to act to show their solidarity against acts of terrorism carried out in the name of Islam and disown those who perpetuate such acts and cause a divide between Muslims and others. Unfortunately trouble mongers, fringe elements and politicians with vested interests in India thrive in presenting this as an anti-Muslim narrative to ensure the growth of a communal divide in the country. The fact that terrorism in Kashmir too is spearheaded by Muslim community adds to the problem. Shady Muslim leadership in the country and backwardness of the community as a whole ensures that these falsehoods are accepted without too many questions. The resultant insecurities within the community are then exploited by the same leaders to further their vested interests. In an environment like this the rise of BJP has given these leaders another handle to instil a deemed fear of a possible Hindu dominance in the years to come. This is the genesis of the ugly narrative that is doing the rounds in the country today.

India has world’s third largest Muslim population estimated to be over 170 million. This is a huge number and therefore the worry if this ugly narrative is not contained and stopped from growing deep roots in the country. Over the years a perception has been built as if it is only the responsibility of the majority to prevent this from happening. This is obviously wrong since it will have to be shared by both – majority and minorities or more specifically Hindus and Muslims. Given the backwardness, lack of education and influence of religion on the Indian society as a whole it will indeed be an onerous task. Therefore the initiative will have to come from the government with political, community and religious leaders adding to the efforts of the government to send the correct message to every nook and corner of the country. The question is do we have that kind of matured leadership at all levels who will place the nation above everything else?