Shimla: Having made a breakthrough in the blind rape and murder case of a minor, the police today arrested 6 persons accusing them of having committed the heinous crime that shook the conscience of the people leading to mass protest and anger against the law and order enforcing authorities.

A naked body of a 16 year old school girl was found in a jungle in Kotkhai on July 6 that sparked outrage, forcing the police to constitute a special investigation (SIT) team after no clues about the crime turned up in the initial days of investigation. 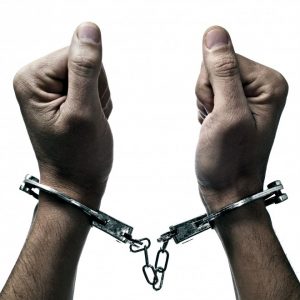 All the accused were residing at Halaila and have been arrested in Fir No 97/17 Dated 6.7.2917 under sections 302, 376 of Indian Penal Code and section 4 of POSCO Act at Kotkhai police station, an official spokesman stated.

An autopsy carried out on the victims body showed that she was sexually assaulted before having been killed by strangulation.

Briefing the media earlier today Somesh Goel, Director General of Police who assumed charge as the top police officer of the state on 5 July, just a day before the crime was reported said, “we have technical, circumstantial and scientific evidences against all the six arrested.”

The initial clues of the investigation were provided by a class mate of the victims who told investigators that the victim had boarded a vehicle after leaving school.

Based on the electronic trail left behind on the two mobile phone towers in the vicinity of the crime, the police checked the call details of 28 persons and questioned 84 people during the investigation.

“It was a difficult case to solve as none of the accused had a past crime history,” said Goel. “The victims body was found lying in a jungle, it was traced two days after the crime was committed, there was no eye witness and there was virtually no clue left behind that could lead to the criminals,” he said.

The victim had joined the Kotkhai government school in May only. Rajinder Singh, who worked as a manager at an orchard offered a lift to the girl in a light commercial pick up vehicle.

The other co-accused are also said to have been travelling in the same vehicle. They were allegedly in a drunken condition and after driving for a few kilometres committed the crime.

The autopsy done at IGMC Hospital, Shimla confirmed that the victims had died of asphyxiation. The body had lesions and scratches on the back, indicating that she was dragged on a rough surface probably after being strangulated. No bones of the victim were found to be broken.

Arrest of the 6 accused comes a week after the crime was reported. Zaidi said, “a custodial interrogation, after the accused are produced before the courts, will enable the investigation to stitch up the loose ends of the heinous crime.”