Dharamshala: Senior congressman Vijay Singh Mankotia (Maj Retd) has raised a banner of revolt and sought the sacking of chief minister Virbhadra Singh if Congress is to save Himachal Pradesh from falling into hands of BJP, the main rival party in the state.

Speaking at a public gathering in Shahpur, Maj Mankotia said, “remove Virbhadra from Congress to save the party otherwise results will not be in favor of Congress in the upcoming assembly elections.”

He said the government had lost all credibility and the law and order situation had deteriorated badly. 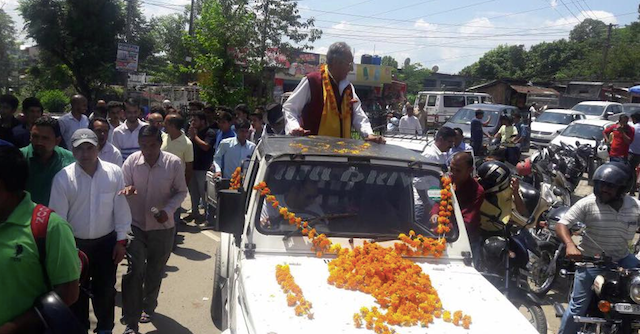 Earlier he was given a warm welcome by his supporters in Shahpur, an assembly segment in Kangra which eh has represented 5 times and was made a minister on two occasions.

Mankotia as a congress candidate lost the 2012 election from Shahpur but was made the vice-chairman of Himachal Pradesh Tourism Development Board. On July 6, he was unceremoniously sacked from the position allegedly from airing views that were critical of the chief minister.