It is with disbelief that one considers the impact and implication of this government's motives, its aims & objectives and its sheer propensity for the abuse of its people

My opinions are based on what I see every day here in the district of rural Gorakhpur.

It is with disbelief that one considers the impact and implication of this government’s motives, its aims & objectives and its sheer propensity for the abuse of its people.

But to start at the beginning –

We ourselves are not very preoccupied with those who earn little. We say let them be educated, struggle with subjects like we did, and what can you not achieve if you try. And of course thereby hangs a tale!

Teachers don’t teach. Children need to work. Poor health is always a threshold away. And early death or laggard death leers in doorways, depending. 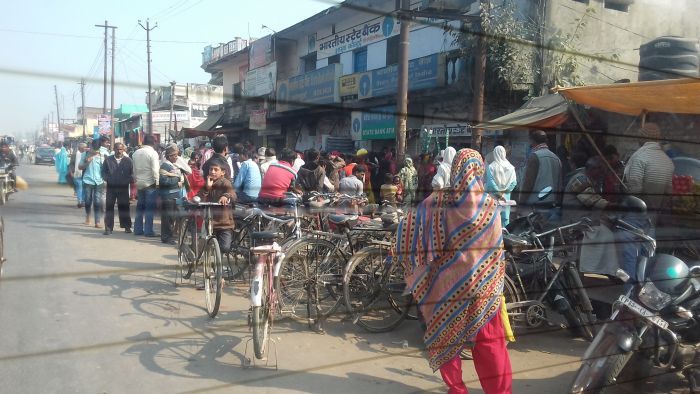 Grocers do not enjoy giving people change for a 200 rupees purc?hase against the proffered two thousand rupee note. They tried “udhaar” but balked when word of their generosity spread

?The lady grass cutters at our school earn about Rs. 200/- a day. Since none of them had bank accounts, they now have ha?d to open. To make it easier, SBI has set up an extension counter close by. Presentation/ deposit and clearance of a cheque takes three to six days. ? The extension counter itself is strapped for cash so withdrawal is between 200 and 500 rupees a day. And it’?s taking, so far, a day of waiting in a queue to get the cash. Receiving a cheque at the end of the month is of little joy – they said to me, “hame rupiya doh Sir, kaagaz nahi”.

Even as some prices may be falling (real estate for instances) items of necessity are dearer now. And the global petroleum production prices aren’t helping either. As has been pointed out by many, the ones who are really going to be making hay are the card manufacturers. 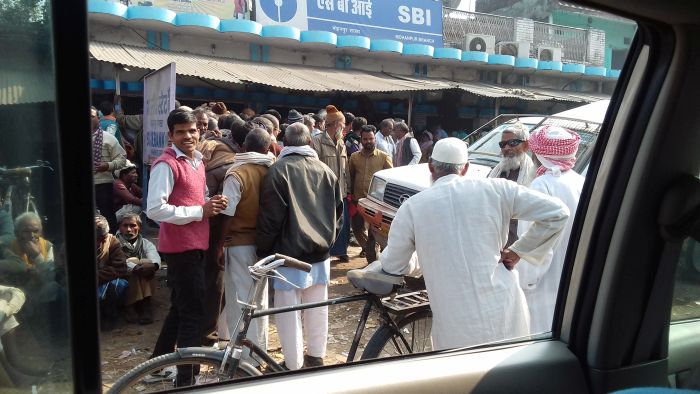 If the government had had the sense to directly tax all earning persons, even the daily wagers, at source, (through labour contractors or who or what the source be) starting with as little as 2.5% at rock bottom – prorated with wisdom and understanding of how people live at those levels, there would have been reason to applaud. But instead they put out this immense “ponzi scheme”, trying to laugh their way to the bank.

Economics is a fact after individual citizenry. GDP, stock markets, deficits etc are deep abstractions that, at best, only justify economic parameters. It’s stuff finance ministers and their analysts play at, spewing  figures and probabilities. Like war games.

The bottom line is the ability to earn. In order to feed, clothe, protect, empower and carve a place for posterity, no matter how small or little, education is the way to an income. It’s an infallible truth. But there is education and education. Instead of addressing the essentials, our establishment has simply not been able to educate the public, perpetually blind-sided by the clamour of the “middle earth” (with apologies to JRRT) that seeks a degree to earn and a pasture on which to settle. It has simply not been important enough to provide alternative routes to success. To, for instance, promote technical education so aggressively that it becomes the preferred choice of many. For Rural India, where quality schools and colleges are conspicuously absent, there are any number of subjects to study, models to work on and projects to research & implement, across a wide range of practical subjects and thereby promote original and creative capacity and social benefit. NGOs have made headway in many villages, but, as always, there is still much to do and miles to go. 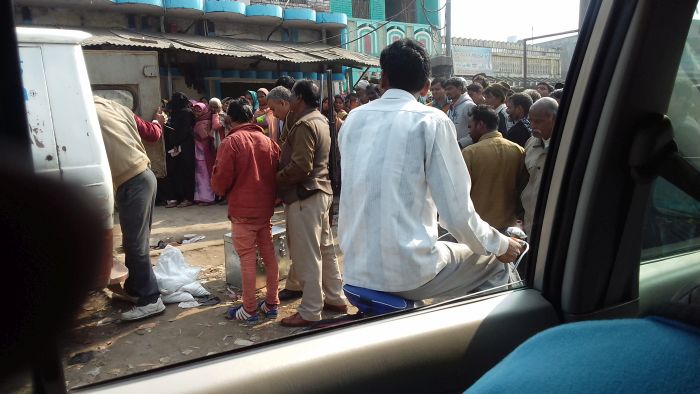 Instead, Govt. control and non-availability of commodities continues to be a grotesquely misshapen half-truth. The rotting hoards of grain are a tragedy beyond description. When pitched against some of the worst figures of proof, of degradation, of malnutrition and starvation and infant mortality, the lack of attention to human indignity simply robs one of words.

With a huge tax base the Government would be well in place to allocate funds to people and services first. And thus be held accountable – even at the Panchayat level. With everyone paying tax, no one would have to feel humiliated about receiving grain or loans or building material, or ownership and medical assistance as if they were handouts or be obliged to keep quiet. Theft, pilferage, fraud, “con-artistry” and the blankness of futures would be much reduced paradigms. People would have a powerful argument to pitch against all sorts of man-made plagues – corruption in the Panchayat itself; no protection at work, unavailable medical insurance, a virtually non-existent quality of life and the non-deliverables of people actually voted to power to deliver. These constitute our ignominious present day heritage. As unscrupulous a representation as could be decried.

The irony is that, black money, per se, is too ridiculous a matter in face of the above mentioned concerns, for there to have been a punitive measure of such  proportions. By realigning stamp duty, by demanding PAN cards for high value movement and so many other steps, many already in existence needing merely to be tightened up, the present chaos was completely unnecessary. An overkill signifying nothing but a painful distraction; like getting the wrong tooth pulled out by an erring dentist. 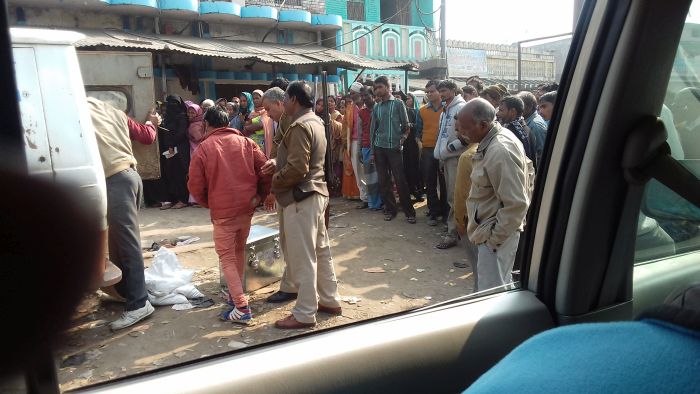 To suddenly announce demonetization as an immediate method to entrap black money and then plunge ordinary everyday people into a cold bath, tells a different tale which did not take long to figure out. The sinister objective, phase one, is to make the country cashless. Phase two is wealth creation. Transparent and yet anonymous. Not so much for personal gain as much as to fund a machinery that will bring about a two third or more majority and then serve to overhaul the Constitution, completely in favour of ethnic cleansing. These unannounced aims can only be proved in their fruition. Till then we are to be content with self-righteous opinion mongering, protection of brutish ignorance, the dangerous harbingers of little knowledge patting oneself on the back for crowd enchantment. However, as long as questions remain – who will benefit and how? What did the Boston Consulting Group’s meetings have to do with the Finance Ministry? Is there appeasement to happen? where is the “wapsi” black money? What is the elected leadership trying to hide? As long as questions remain, with enough people of integrity and expertise who can and will ask them, all may not be lost. Even if, in the meanwhile, we must continue to inch our way from 24 hour shut ATMs – still a reality in many parts of Gorakhpur and other districts as the photographs will show – to borrowing from shop-keepers. While the walrus and the carpenter shed copious tears for the plight of their oysters.

At the end, the power line is the compelling obsession to turn India into a completely Hindu country, with Trump-like expectations for excuses and Saudi-like intolerance for the slightest reason, as frequently illustrated, not least by Ms. Uma Bharti quite recently. This will happen if Mr. Modi becomes a hero instead of remaining trapped by democracy in what he considers as littleness, at the mercy of the electorate. He will become a hero if he succeeds in rendering India minority-less. Not for him is Prime Mnistership enough. Totalitarianism and dictatorial power is what he wishes. And everything, I fear, is directed toward that end.