It has been my experience that every District collectorate is usually haunted by its own resident lunatic, somewhat like ancient mansions possessing their resident spectres who do not look kindly on new arrivals. These benignly deranged persons are usually quite harmless, and in them the spirit of violence is replaced by the litigatious and bureaucratic urge, as is perhaps to be expected considering the nature of their demesne . They are generally persons who, during their days of sanity, were closely involved or connected with the functioning of some wing of the collectorate- usually the Collector’s court pertaining to land disputes- and can never forget the connection thereafter, even when they drift into the twilight zone. Even in their muddled mental state they are well informed about the collectorate’s hierarchies and functioning.

I still recollect quite clearly my first few minutes in the Deputy Commissioner’s office in a district bordering Punjab, my first posting at the age of 27. I had barely lowered my UPSC vetted posterior into the hallowed upholstery when there was a shout from the orderly outside, the door was flung open violently and a veritable salamander of an old woman rushed inside, eyes blazing and a thick bundle of papers under her skeletal arm. A vigorous two year training at Mussoorie had not prepared one for an encounter of this kind and I wondered whether I should call out the police or impose section 144. 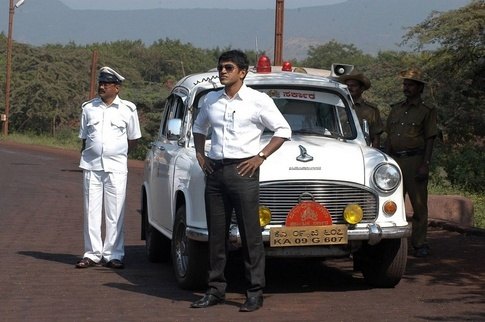 Just then the old harridan addressed me in an imperial tone. “Are you Fletcher?” she asked. Now, the only Fletcher I had heard of was an ICS officer who had been Financial Commissioner of undivided Punjab in British times, a proper Koi Hai who had made quite an impression with the local yokels by doing stupid things like intensively touring the villages, settling disputes on the spot and generally keeping the revenue officials on a tight leash- something we IAS types frowned upon. He was-hopefully-long dead. I therefore surmised the reference was to this blister.

“You!” she exclaimed, ” these papers are worth ten lakhs and I shall give them only to Fletcher! I wouldn’t trust you to even sign the attendance register !” And with that she left in a huff. Notwithstanding my bruised magisterial pride I made inquiries and discovered that this old lady had been quite mad for over a decade. She had once possessed 20 acres of irrigated land but had lost it all in litigations. Fletcher had apparently tried to help her out so her poor addled mind constantly harked back to him, and she used to haunt the collectorate looking for him, especially whenever a new Collector joined.

This particular district was/is the most litigatious in the whole of Himachal. A boy from Una is not considered worthy of manhood till he has filed at least two FIRs and submitted three complaints against a govt. officer. The local residents have a better knowledge of the law than most High Court judges, and when making a complaint also helpfully suggest the precise sections of the IPC/CRPC/Prevention of Corruption Act, etc. that should be applied. One such libelant was perpetually parked at the gate of my residence, noting down the details of all visitors and anything that was brought into the house( vegetables, groceries, sweets, et al). Every evening he would send the list to the govt. at Shimla, seeking an inquiry. Apparently, some like-minded gnome at Shimla used to read them, because I was once asked to explain why I had accepted two kilos of mangoes from the MLA of Amb ! This particular MLA was one Mr. Hansraj Akhrot, peace be upon him, and he was the biggest miser I have ever met. I informed the govt. in reply that getting a kilo of anything from Mr. Akhrot was equivalent to getting back the Kohinoor from the British queen, and I should be commended for inspiring him to part with anything. The gnome in Shimla must have agreed with me because I never heard from him again.

My second collectorate in Bilaspur also had its own mad-hatter-in-residence. He was allowed the run of the place and could walk into any room. An orderly could stop him only at great bodily risk. The first time I tried to stop him ( being new to the place) he quietly left. He came back five minutes later and handed me my transfer orders, signed and sealed by himself ! Thereafter I gave up.

Bhagat Ram ( that was his name) had a passion for obtaining signatures. He somehow managed to lay his hands on all kinds of official forms ( for telephones, gas connections, driving licences, ration cards, cement permits, etc.) and would diligently make the rounds everyday, getting them signed from a clerk to the Collector: he desired nothing else. A simple scrawl made him so happy that no one had the heart to refuse him. In return he took it upon himself to maintain discipline and law and order outside my office. He especially disliked politicians( can one blame him ?) and many were the MLAs who were not allowed to enter my office. He once even disallowed the Supdt. of Police, because the latter was not in uniform! He always had a crackling salute for me, however, every morning and evening. I sometimes miss it, even today.