According to research undertaken by senior scientist of the Wildlife Institute of India, Dr Y V Jhala by setting up trap cameras in seven tiger reserves of the country, the reduction in the space for the felines may be resulting in food problems for the carnivores, as with the dwindling forest areas the number of prey animal will also be going down considerably. 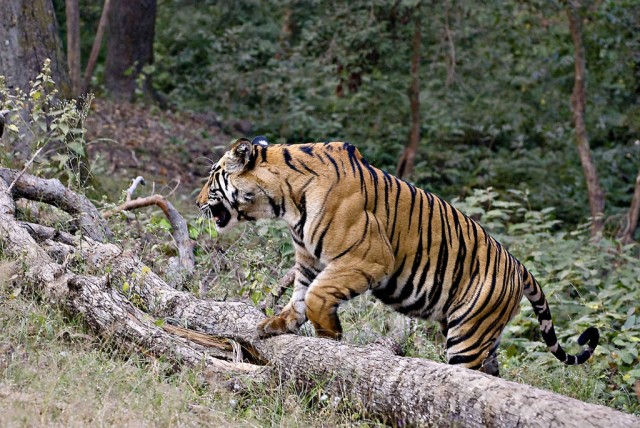 While interference of man is said to be the primary reason for this shortage of space, the felling of trees in forests and diversion of forests for various development projects that are coming up are also said to be the reasons for the decline in area for the tigers. It may be mentioned here that the threat to tigers and their ecosystems was the reason why a fully grown feline was not getting the required forest area for its movement.

It was suggested that to ensure that the tiger population continues to flourish efforts should be made that there is complete stop on poaching as poachers mainly kill the felines to meet the requirements of some countries where their body parts are used for medicinal purposes and so far despite best of efforts poaching of tigers continues.

However, it was felt that besides poaching that the increasing population of tigers could also suffer for want of food and lack of adequate space in the forests as their forest cover was coming down in the habitat resulting in a decline in the prey animals. These problems also needed to be tackled on a war footing in the years to come.