Dehra Dun : Bears, both brown and black, in the higher reaches of Uttarakhand, are reportedly undergoing a change in their lifestyle due to the effect of global warming, which has become  a matter of concern to the state wildlife experts and the forest department.

According to reports, a survey was conducted some time back in some of the hill districts of this small mountain state on both the black and brown bears, by the forest department and to their utter surprise they found that the bears were not going for their winter hibernation, which was being attributed to global warming and change in temperatures. 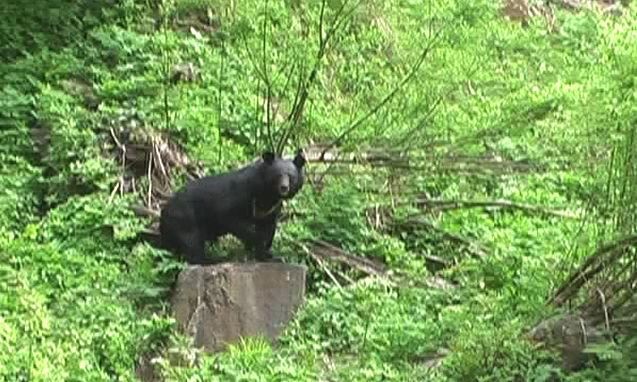 They said that normally the bears in the higher reaches of the state went for hibernation for six months during the winter months in the caves, but they had now given this up because the temperatures were not that low any longer. Because of the rise in temperatures even in the higher reaches of this small mountain state, bears were no longer hibernating.

The survey indicates that because of the bears not going into hibernation, their habits had changed and they had become more aggressive. As they were now on the prowl for almost the entire year, unlike just for six months earlier, this had increased he chances of their getting into conflict with man more often.

It was pointed out that the bears were now finding it hard to get food for the entire twelve months, as they were no longer hibernating for six months, forcing them to go into inhabited areas or agricultural fields in the villages in search of food. This was also increasing the man-animal conflict in the higher reaches, specially where bears were concerned.

Reports said that because of the change in their lifestyle there was also a change in the eating habits of the animals which are both carnivorous and herbivorous. As they were finding it hard to meet their food requirements they were now going into areas where they did not venture before which had also increased the man-animal conflict in the higher reaches of Uttarakhand.