In the India of today the spectacle is on full display; only behind the scenes intrigue, betrayal and truth has been strictly kept out of the ambit of RTI and other good laws. In the larger Public Interest!

The state at the tip of the country has seen it in quick succession.  An utterly faithful and obsequiously docile and unquestioning ‘Imprisonment Leave Reserve’ Chief Minister quietly disappears into Amma’s closet (just as he came out of it), even as she ominously rides back to power accompanied by the legendary raucousness that perhaps only her cadre are capable of. That she has reclaimed the Chief Minister’s ‘thakht’ as the result of a very dubious Judgment is another matter. But then are Judges expected to be good at Math too? It is for legal eagles (usually fence sitters) to dissect and bisect ad infinitum and like their ilk worldwide come to no understandable conclusion. Meantime a rejuvenated ‘Puratchi Thaalavi’ gets time to sharpen her knives and knaves for the next election, with most of her fabled kitty intact, we are told. The grounded, atheistic DMK understandably turns to the gods for survival.

A few latitudinal notches up we have the Chief Ministers of Andhra (where apparently the Reddys are unable to reconcile to a much delayed ‘partition’ of their erstwhile kingdom and the loss of its ‘Koh-i-Noor’, Hyderabad), and the new, struggling Telangana, almost at each other’s throats every day. Veteran Chandra Babu Naidu bickers of an ‘ethnic cleansing’ launched by the sub-patriotic KC Rao in Hyderabad, who, we are told, implicitly seeks democratic revenge for the colonial style plunder perpetrated on Telangana people. Or is it a straightforward clash of two over inflated egos sensing dark days ahead? The NRI Andhraites having put their dollars into Hyderabad are torn between conflicts of interest and those of sub Nationalism. ‘Leadery’ in both states is not helping. 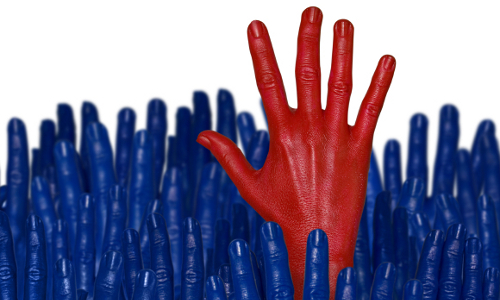 The boisterous politics of backward Bihar mired irretrievably in caste and religion has managed to mellow the irrepressible Lalu Prasad and the unyielding Nitesh Kumar to merge like two cells on a spreadsheet, but with the unmerge option open. While the Congress is willing to jump onto the Motley Front bandwagon (having lost its locus standii as a party of consequence), the BJP’s internal factions and the RSS have begun squabbling for seats in the forthcoming elections, each trying hard to have their ‘man’ as the CM candidate. No chance for women here!  Though all the parties in the fray extend and consolidate their caste or religious vote banks, strangely secularism and pseudo-secularism remains a big issue in Bihar. Wonder if postal ballot is allowed to the huge enlightened Bihari diaspora?

‘Amar Shonar Bangla’ isn’t really glistening in the Sun despite Didi’s valiant attempt to paint Kolkata to make it look like London. Though, we are told that there are fewer second and third hand Ambassadors in Kolkata now. TMC musclemen keep reminding the people of Bengal of the Law that is above law and many of its hyper MPs (especially relatives of the Leader) regularly make headlines for the wrong reasons.  The Commies have a new boss who seems to have realized the virtues of introspective Contemplation over Leftist obstinacy since taking over. But the Communist search for a relevant agenda (and ideology?) keeps eluding them with the World and now the new Government in Delhi being openly pro-Capitalist. Gossip has it that many in the dedicated Commie cadre are deserting for greener pastures offered by the TMC. At least for the time being!

Our biggest and poorest state UP, where two leaders separated by a generation (not so much of a g-gap as we now know) and others in the brotherhood rule like a hydra-strong-headed monster, where one Head knows not (and cares less) what the Other is thinking, much less doing. Wheeling-Dealing seems to be the order of the day, just like it has been through much of the regions political history. Plot not Plan; make the most while you can!  Caste and religious divisions appear to deepen even as the BJP gains and looses ground simultaneously, torn between cleaning the Ganga or Dry cleaning it by blocking all its water behind a Dams’ galore upstream. How can we drive filth and poverty away without more and more power?

And then there is our ‘Paradise on Earth’,  Jammu & Kashmir, ruled since Independence more by the bullet than the ballot, making its many far too serious leaders (even handsome OA got serious) unsure of the Here or There, of Us and Them, of Occupation and Freedom. J&K too has always been governed by two leaders, one of the State and one from the Centre (usually an empowered Governor like Najeeb Jung). Though some say the real Boss is the Indian Army backed by the notorious AFSPA. The current government, despite its inherent contradictions, is an interesting gamble where for the first time sworn political enemies have come together. Whether, this coalition is to benefit themselves or the hapless people, only time will tell (unless the jointed government later institutes a Commission to apportion blame).

The pseudo-State of Delhi, our gloriously polluted Capital, today exemplifies clearly why governance (forget good governance) eludes the people of India. Also, bringing out the truth in the old saying that one sheath cannot hold even two unequal swords. Here are two leaders, one of a small non state pitched against the mighty Prime Minister of India. Whatever the explanations and justifications offered by various schools of the Left, Right or Centre, it is amply demonstrated that our big leaders are very good at pulling the small leaders down. Could that be the primary reason why we have no second or third line of leadership in any party or panchayat, anywhere in the country?   Except perhaps where dynasties rule!

Where is real leadership trying to address real issues of governance?  Instead there is an ‘Achievements’ galore with full page advertisements of this government or that in not one but several newspapers every other day. And now in large circulation magazines too! In states like Himachal where leadership has alternated between two geriatric individuals, waiting for their sons to come to, we have the daily spectacle of Foundation Stones being laid/ re-laid or their delayed/ un-necessary inauguration. Announcement of new schemes (often old wine in new bottles) and grand designs is seen as a substitute for Governance.

Governments (irrespective of their numbers) are suffering from extreme lack of self confidence where even the smallest of opposition or the littlest of dissent sends them into a frenzy of paranoid retribution. The shameful happenings in AAP are but one recent example. While the idea of a Numero Uno has always been there, it has become alarmingly strident now and NO opposition brooked from within the Party. To make other recalcitrant Chief Ministers fall in line, blatant misuse of the CBI and the Taxman are clear indicators of this.

Or is calculated bad governance a brilliant idea to ‘Wear Out and Rule’?  Keep people waiting in endless queues for everything, just like they do for ‘darshan’ of the Great current Leader to sort out everyday ordinary governance issues?  A college admission, a transfer, a chosen posting, a job, a promotion, entitled  house allocation or change, special treatment in hospital and so forth. All this and more is in the realm of Leadery and designed to ‘Wear Out’ the petitioner and leave the Leader alone to ‘Rule’!