A Good Samaritan once said “The best way to find yourself is to lose yourself in the service of others”. Most of us cannot even contemplate the derisive nature of the quote itself, as admittedly, most of us are yet to find ourselves. In some part it is down to the congenial realms we confine ourselves to rather than the lethargy of thought and intention. ‘That’ Good Samaritan was none other than  Mahatma Gandhi, whose words in not specifying the ‘nature’ of service, perhaps lost some value with time. 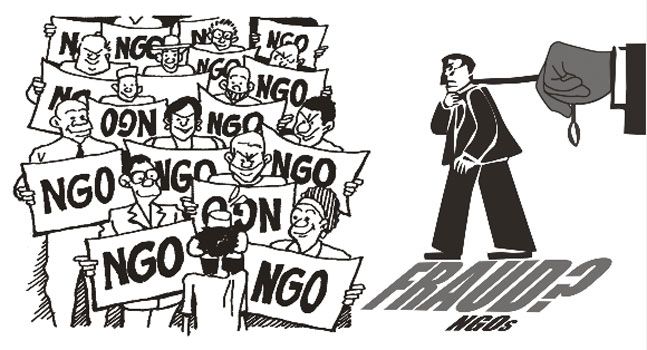 The service of others, has in recent times developed into a mantra, which unlike a pathological idea, wears a rather snappish line on a t-shirt. The modern definition or rather a commercial one ‘in service to others’ is the all encompassing NGO.

The Central Bureau of Investigation (CBI), India’s premier investigating agency, earlier in the year disclosed before the Supreme Court that there were about 20,00,000 NGO’s operating in the country. However, only a handful compared to the dwarfing cumulative number, submitted papers to relevant authorities for routine auditory checks.

It is not difficult to guess where the majority of these NGO’s exist. The states of Uttar Pradesh, Bihar, Orissa and Andhra Pradesh (not in any particular order) are frontrunners in the number of NGO’s that are currently active. Uttar Pradesh alone has a whopping number of over 5 lakh active non-governmental organizations operating.

The CBI report further reveals that only 8% of the NGO’s file their papers yearly, with regards to meeting financial regulations. The 2010-11 financial year statement about NGO’s funding pattern shows that nearly 22,000 NGO’s drew a cumulative amount of $2 billion from overseas – which is a fairly substantial amount. Majority of this donation has come from the US.

With much of the NGO sector working in an unregulated way, not filing any annual returns for years, not being questioned about the funding sources, or the objectives as play, what these organizations are delivering on the ground is also questionable.

Take case of an NGO having set up an eye camp in Punjab, where just a couple of days ago, a media reports states that 60 patients lost their eye sight due to cataract operations having been performed under unsanitary conditions.

We are all guilty of blindly acknowledging the role of NGOs as an organization based on the Mahatma’s ideals about ‘service of others’. We regularly fail to identify that the spurt in global concern about serving others in India has to be done so with bucket loads of money.

Contrary to general belief about NGOs working for the social good of mankind, an intelligence bureau (IB)report submitted to the Prime Minister’s Office recently did suggest that large overseas funded organizations were more likely to be detrimental to local growth.

One of the reason attributed being that NGO’s are in practice working as lobbying agents or market scouts from global brands or different countries by undermining local participation and against local interests.

While the IB’s report can be disputed but there is no doubt that the unregulated NGO sector has become blind alley for the country’s administrators. Something surely needs to done. Will the PMO’s office – as a public state promised – reign in runaway NGOs and align their roles with the development agenda that Prime Minister Narinder Modi has claimed his government will vigorously pursue or will the authorities continue to identify the book merely by its cover, remains to be seen.