A few months ago Mulayam Singh Yadav shocked everyone with his “Ladke to ladke hai, galti ho jaati hai” (boys will be boys, they make mistakes) comment.

Later he defended his comment saying that the death penalty is not the right punishment for rape.

Now, a few months later, the Badaun gang-rape has focused the national media’s attention on Uttar Pradesh. A series of rape cases, each one as horrifying as the other, are being reported from the state.

Two sisters, 12 and 14, both innocent children, both minors, were kidnapped and gang-raped. The police refused to help their family and advised them to go home.

“They’ll either come back or you’ll find them hanging from a tree”, the police told the girl’s father.

They obviously knew what they were talking about as the girls were soon found in exactly the same state; hanging from a tree.

In Bareilly a 22 year old woman was gang-raped and then murdered by forcibly making her swallow acid.

In Meerut a 10 year old girl was kidnapped from outside her home, gang-raped and then run over by a car in an attempt to murder her. She survived with a lot of broken bones.
Many more incidents have come out of UP to horrify the nation. Political parties have jumped on the opportunity to blame Akhilesh Yadav’s government. 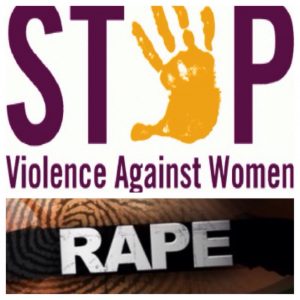 But their comments mean nothing to the families of the victims.

This flurry of rape cases is not an abnormality in UP. It’s just that the media has shifted focus towards UP only now.

UP is one of the most violent states in India, where murders, kidnappings, rapes and riots are common. Akhilesh Yadav’s government openly supports the Yadav community and a Gundaraj has been in order ever since Samajwadi Party came into power.

Over 2000 rapes are reported every year in UP.

These are only the cases that are actually reported. In many cases the police refuse to file an FIR because the victims are from a lower caste while the accused are from the high caste.

Many victims and their families are silenced before they can file an official complaint.

In Etawah, home town of CM Akhilesh Yadav, a rape victim’s mother was brutally beaten and publicly stripped naked when she dared to file a complaint against the accused.

8000 cases of abduction of women and 3000 cases of assault on women are reported every year apart from the 2000 rape cases. 5000 murders and 5000 attempts to murder also occur annually. In the past two years over 200 riots have taken place in UP.

Clearly UP has gone terribly wrong.

The police patronize the rapists.

The law has been transmogrified into an ugly distorted visage of itself. But that’s not all. It’s the culture of UP that has stagnated and degraded.

The population density in UP is among the highest in India. People are divided in the name of religion and caste.

Women, life, law, nothing is respected.
It’s a state where the senior most leader of the ruling party can give and then defend a comment such as the one mentioned above. No wonder his son, and all the ruling Yadavs of UP feel the same way about rape.

If not death sentence than what punishment should these demons get for raping and killing innocent minor girls?

What punishment do you give to those who run over a 10 year old girl-child after raping her or to those who pour acid down their victim’s throat?

These are not silly mistakes made by boys. These are fierce hate crimes that need to be punished just as fiercely. These are crimes committed by men who knew exactly what they were doing and felt confident that their government would protect them from being punished.

Being a man I resent Mulayam Singh Yadav’s statement because it insinuates that I too am capable of doing such horrendous deeds.

This statement just means that raping a woman is just a matter of losing control and making a mistake. If you are a man, ask yourself if you are just a slip away from doing such a disgraceful act?

The misandry advocates who say that rape should not have severe punishment because many women file fake cases against men are just deluded, or worse, deliberately convoluted. Indian men should be arguing for severe punishment for rape and accept that the sacrifice of a few innocent men is worth it, in the fight against rape.

No man in his right mind can argue that the majority of rape cases in India are fake. In a patriarchal land, it is important first to raise women to an equal status before we start fighting to protect innocent men.

The Delhi gang-rape awakened India but sadly we quickly went back to sleep. Now are we going to do something about this or are we just going to go back to sleep and wait for another year for some more gruesome rape cases to rise to the top of the national news?