Dehra Dun : Flaunting a red beacon and a hooter on vehicles as status symbols have become so imbibed into the psyche of the babudom and politicians of Uttarakhand that they are finding it hard to remove them despite a notification by the state government on who will now be able to use them.

So big was the list of users of red beacons and hooters on vehicles in this small hill state that almost every second car had them, legally or illegally, much to the chagrin of the aam aadmi and even the traffic cops, as the hooters would blare for right of way on the crowded streets. 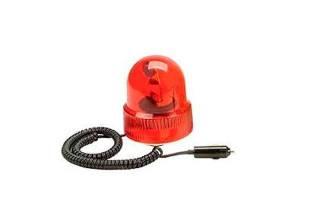 Realising the fact that almost anyone and everyone in the babudom and political hierarchy was misusing the red beacons and hooters and also the directives issued by the Supreme Court, the state government decided to put its foot down and issued a list of persons who could use them for which a D O was issued.

However, despite the orders, most of the babudom and politicians were seen using the red beacons and hooters on their vehicles. In fact the vehicles lined inside the state secretariat gave one the impression that no such directives had been issued, as it was telling on their status.

Most of the persons flaunting the red beacons and hooters on their vehicles when told of the directives issued by the state government and that they were no longer entitled to use the  so-called status symbols any longer took the plea that the notification had not reached them and as such were not aware of it.

Seeing the random misuse of the red beacons and hooters despite the notification on the trivial plea, the state government was forced to issue an advertisement in a national daily so that it could be read widely and implemented in letter and spirit.

The advertisement clearly specified in black and white that only the governor, chief minister, speaker of the vidhan sabha, chief justice of the High Court, members of the state ministry, leader of the opposition in the vidhan sabha and justices of the High Court were authorized to install a red beacon, that too without a hooter on their official vehicles and that too during duty hours only.

Issued under the signatures of the chief secretary of the state, the advertisement has also made it clear on violation of the notification, action would be taken against the concerned persons under appropriate sections as provided in Central Motor Vehicles Act, 1988.

But apparently, both the notification and the advertisement have not had the desired affect, as both the red beacon and hooters are being used by unauthorized persons, as for them it is a status symbol which indicates that they are no aam aadmi.