Uttarakhand is rebuilding after last summer’s massive flash floods. Travelers, pilgrims and rest of the country hope that the state will bounce back even stronger after the large scale natural calamity.

Having borne the worst floods in hundreds of years, here we celebrate the best of Garhwal hills.

This serial travelogue chronicles a solo backpack trip to Garhwal, spread over 26 days, costing all of Rs 15,000 Rupees, leaving behind enough reasons to return to Uttarakhand another time soon.

Travelling as a backpacker is to agree with the unplanned. No reservations, you just improvise as you go along.

Though millions of travelers have been on the beaten tracks of Uttarakhand over the years, but there still are paths you can take that draw you away from the usual. The popular cities and townships are Mussourie, Nainital, Dehradun but the best treasures are higher up in the mountains.

For the offbeat traveler, timing is most important. Most tourist places tend to become set pieces and fake so the best time to travel is just before  big events and dates, when you catch the places and the people off guard.

Every year Akshaya Tritiya is the day when the pat of the four major temples open after winter. If you are lucky enough to choose a year when Akshaya Tritiya falls a little earlier than usual, you find the places almost empty and unspoilt by the crowds and you may also get snow, a lot of it at times.

Garhwal has a well connected system of bus transport which is as safe as it is accessible. You may enter the state easily by trains which end at Dehradun or ride on buses from Delhi that terminate at Haridwar.

Subodh Gupta’s sculpture titled ‘cheap rice’ expresses the solo traveler’s state of mind in places like Haridwar and Rishikesh. What is a gateway to the heavens for the tourist is just another bus depot for the traveler.

Connecting buses can take you up to one of the lower towns where you will have to end up staying the night. The final stretch to Joshimath is best started early in the day so that you reach before nightfall and settle in.

From Chamoli onwards you start seeing snow capped mountains framing the horizon. Travelling in the mountains you often see your destination in the distance and continue winding along the mountain sides for hours.

If you reach Joshimath later in the evening there is an interesting romance to it when the beauty of the place reveals itself with sunrise.

If you have been lucky enough to get to the place before the crowds, the town seems like a quaint settlement with some of the most beautiful alpine slopes anywhere in the world.

The story goes that in his effort to unify all the different peoples of ancient India Adi Shankaracharya embarked on a tour of the entire Indian landmass. He set up four centres of the Hindu Dharma for the four directions. 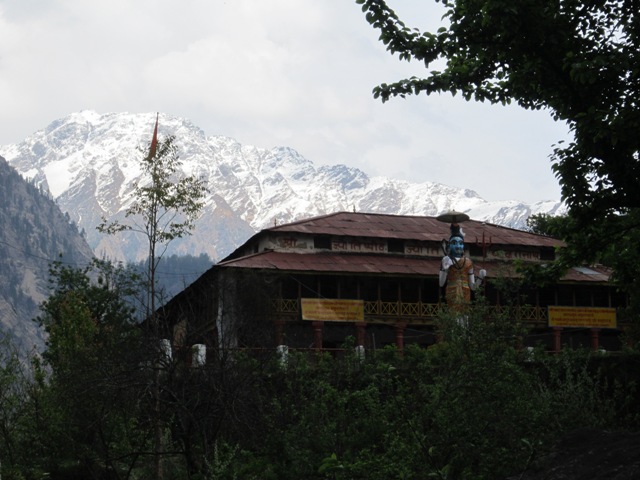 Joshimath or Jyotirmath in the original language was the seat of the Shankaracharya in the north.

The temple complex that stands in that place today is a far cry from the crowded and loud seats in the other three directions.

When you stand in the temple complex and look around, you see most of the town below you and towering mountains everywhere else so that you can only see the sky up above you. For plain dwellers this is a definite moment of having arrived in the great mountains. 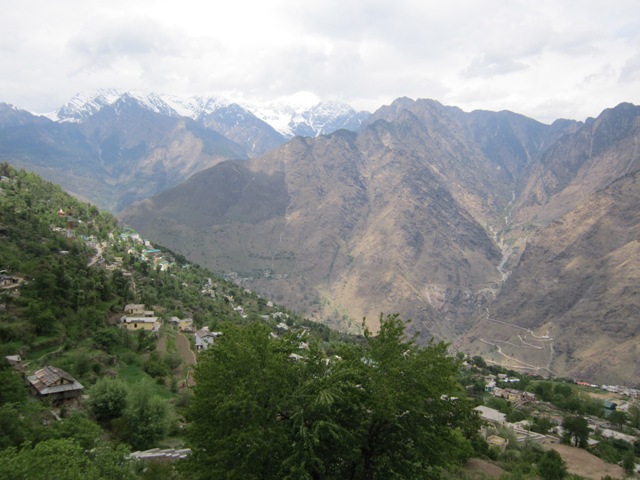 A day in Joshimath is about enough, there is a lot more to see nearby.

The best budget places to stay are the plenty of hostels that you will find all over Garhwal and the GMVN (Government) hotels usually have a couple of dormitories for backpackers and drivers.

One of the best GMVN hotels is at Auli, developed as a winter resort where one of the few reasonably priced ski slopes in India are operated by the government.

However, if you prefer treks, post winter time has a lot to offer too. You may choose to take a bus up to Auli which is on the same mountain as Joshimath, just a little higher.

Or you may do the more interesting thing and trek up the slope. The trek is mostly an incline but absolutely beautiful.

Every time you stop to catch your breath the views make your feel stronger. It is not unusual to see local women walk past with ease and giggle at you while you try to look strong and not behave like a novice trekker.

This trek serves to acclimatize you with altitude, especially if you are a beginner.

Once you reach Auli, and if this happens to be your first climb (like it was for me) you in all probability will be ecstatic to find the well kept dorms and pass out without noticing that the clouds are now gliding right outside the window.