Shimla: Denied an Rs 4350 crore arrears dues from Bhakra Beas Management Board (BBMB) and a shortfall coming about in tax revenues, the state’s economy is in dire straits and there are no additional resources to tap into to meet the budgeted revenue targets.

“A double whammy has hit the state’s budget this financial year,” says a senior finance officer. Having billed BBMB the arrear amount for revenues denied from the mega multipurpose projects, following a Supreme Court order about Himachal states share in it, the officer, speaking on conditions of anonymity said, “there is little hope that the money will be realized in this financial year.”

“What’s more,” he added, “of the projected Rs 5400 crore tax revenues, trends indicate we could end up with a VAT shortfall of about Rs 300 crore” 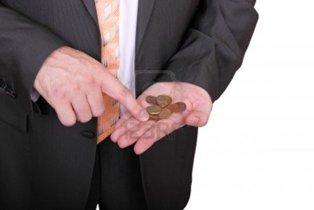 Revenue from selling electricity which was Rs 1250 Cr about four years ago has dropped to about Rs 700 crore.

However RS Negi, commissioner excise and taxation claimed that despite the economic slowdown all efforts were being made to achieve targets.

“Following the Uttarakhand June flashflood tragedy in June, tourism was hit and there could be a shortfall of about 50% in luxury tax for the year itself,” said Negi. The taxman had put up a target of Rs 92 crore from luxury tax that mainly comes from the hospitality sector.

Slowdown had impacted the automobile and industrial tax revenues. With much of the industrial belts enjoying a tax holiday, there were lesser realizations even in the 1.5% tax that the state received from most of the industries.

Slowdown has had an impact and there have not been enough automobile sales during the festive season, which has lowered automobile registration taxes also,” said Negi.

Laying a receipt and expenditure review report on the last day of the monsoon session in August, chief minister Virbhadra Singh who is the finance minister, had projected that revenues receipts, estimated in the budget presented only in March at Rs 17700.94 Cr, were likely to fall short by Rs 2086.08 Cr (11.78%) by end of year.

On the other hand revenue expenditure which was estimated at Rs 17646.97 Cr were projected to increase by as much as Rs 505.98 Cr.

To mainly meet the mounting salary and establishment bills of the government has already raised about Rs 2500 crore loans so far in the year.

Having an accumulated debt burden of Rs 31,500 crore and with the state tax revenue kitty of only about Rs 7000 crore, meeting the budgeted expenditure of over Rs 21,000 requires more than liberal assistance from the central government to bail out the state so as to pay up even committed liabilities.