Shimla: World over famous for dream pot Malana Cream, Himachal Pradesh is also fast gaining notoriety as a drug hub having turned rouge given the massive Rs 600 crore drug seizures Punjab Police recently made, once again bringing out the loose regulation being enforced over pharmaceutical manufacturing processes in the state.

Led by Patiala district police chief HS Mann, the investigation team on 15 November, 2013 had reported recovering over 600 Kgs of ephedrine, pseduephedrine and other precursor chemicals from Baddi – Himachal Pradesh based MBP Pharmaceutical Ltd.

Times of India quoted HP Drug Controller contesting the Patiala Police’s claim of the contraband drugs being manufactured in Himachal Pradesh as investigations had been launched but it’s not the first catch of spurious, substandard or contraband formulations turning up in various parts of the country. 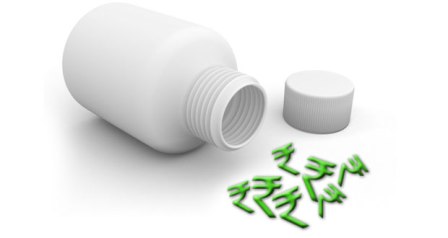 Not just in India, pharmaceutical giant Ranbaxy, after it was bought out by the Japanese company Daiichi-Sankyo, had to cough up $ 500 million on pleading guilty on 13 May, 2013 to breaking stiff US Food and Drug Manufacturing (FDA) laws and manufacturing frauds. One of the manufacturing plant in supply line chain was trailed to Paonta Sahib, Himachal Pradesh.

Back in February 2006, FDA found that the Paonta Sahib plant did not have a  complete record of all drug testing data and there wasn’t adequate testing of stability characteristics of drugs manufactured, which are essential to establish storage conditions and drug expiration dates.

The company clocked Rs 2600 crore revenue in the Indian market  in 2012 but no investigation has been carried out about the manufacturing processes involved.

Are Indian used to being treated as ginny pigs?

Shivinder and Malvinder Singh sold Ranbaxy to Daiichi-Sankyo in 2008 for $4.6 billion.

Last heard, the Japanese company had dragged former owners of Ranbaxy to court for not making proper disclosures when the company was put on the selling block.

One could attribute US biases and business interests against cheap India sourced drugs in the Ranbaxy case but the Himachal Pradesh drug cartels have not spared the communist citadel Tripura  in North East India also.

Broadly the allegations leveled are that the Tripura health department procured spurious drugs from a Himachal Pradesh based pharmaceutical company.

Though the Guwahati regional laboratory testified that the drugs were spurious but health department and its officials did not stall the distribution of these substandard medicines.

A CNN-IBN report of 16 October, 2013 brought out that Vardhaman Pharmaceuticals, a Himachal Pradesh company, whose license had expired in 2009, was involved in manufacture of spurious drugs, which were sold to the central government and the government of Tripura, Chhattisgarh and Uttar Pradesh.

It’s not that the authorities are not aware about the rot in the Pharmaceutical Industry of Himachal Pradesh for in a rare case a former drug controller was convicted for amassing property by illegal means.

The courts have taken cognizance of the sensitive issue but yet effective regulations to ensure safe manufacture, drug potency and authorized distribution have simply not been put in place.

Even the Central Government regulators for drug manufacturing prefer to look the other way and ignore the crime.

While there are many fingers being pointed at the lax regulatory mechanism of the Himachal Pradesh pharmaceutical sector, interestingly a Lok Sabha 2013 reference note for parliamentarians on Spurious Drugs shows that in three years 2009-10, 2010-11 and 2011-2012 there was no case of drugs declared spurious or adulterated in Himachal Pradesh.

In all the three years under observation, prosecution was launched in only one case in 2011-12, there have been no arrests made for spurious drugs in any of the years and only in 2011-12 drugs were Rs 16 lakh were seized over quality concerns by the regulators.

Clearly something is amiss somewhere.