Manali:   The recent havoc in Uttrakhand and Kinnaur that not only caused an unparalleled disaster but has forced few societies with similar geographical conditions to reconsider the development plans being pursued in their areas and the results that could follow.

Tribal people of Lahaul and Spiti, a tribal district of Himachal Pradesh, situated in Western Himalayan region have formed an organization named Lahul Spiti People Association and decided to act as a think tank for framing better policies for the safety of Lahaul Spiti’s future. 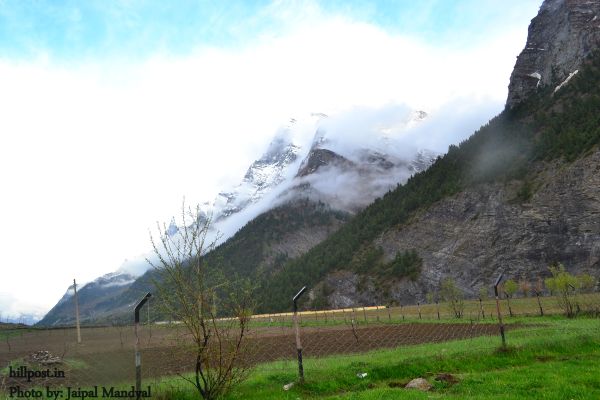 The association at its meeting took a considered view about the reasons for the Uttrakhand disaster, which included unusually heavy rains, melting of glaciers, landslides because of the movement of heavy vehicles, unplanned growth of tourism, pilgrimage, construction activity of power projects and uncontrolled constructions and suspect that a similar fate could strike Lahaul Spiti, if corrective measures are not taken, Dr Chander Mohan a member of the association disclose.

He said that the association would not only bring intellectuals concerned about the future of Lahaul & Spiti together but would enable people and environmentalists to work towards preventing damages from any such natural calamity.

He added that the association had decided to constitute committees to study the pros and cons of upcoming power projects, the likely impact of Rohtang Tunnel on the social cultural environment and the developing model for sustainable tourism in the valley and comparing it with Bhutan model of development.

After the committees submit report, a vision document would be developed and submitted to the sate and central government. We are not in favour of following the Uttrakhand and Kinnaur model for Lahaul & Spiti, said Dr Chander Mohan.

He appealed to those people from Lahaul Spiti residing in other parts of the country to come together for protecting the cultural and natural beauty of the region.

The association has also decided to convene seminars and hold discussions in Chandigarh, Delhi and Kullu so as to incorporate views of all those concerned about Lahaul – Spiti, said Chander Mohan.