Shimla: Taking cognizance of complaints about not adhering to admission guidelines, Himachal Pradesh Educational Institutions Regulatory Commission (HPEIRC) has started to inspect the admission processes adopted in all universities.

Mrs Sarojini Thakur, chairperson HPEIRC said that the commission had received many complaints about violations in the admission process by several universities in the state.

“Acting on the complaints received, we have started investigations into the admission processes adopted by the institutes. Should any irregularity be found, notices would be sent to the concerned instituted and strict action would be taken,” said Mrs Thakur. 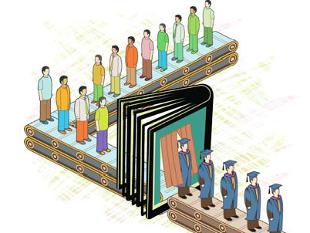 Actions being contemplated by the commission for any irregularities being proved after investigations include suspension of admission of the candidate who had been admitted in violation of admission procedures and imposition of a heavy penalty on the concerned institutes, official of HPREIC stated.

Himachal Pradesh High Court has decreed that no institute is to admit any candidate in any educational institute who has a compartment in any class but Akhil Bhartiya Vidyarthi Parishad (ABVP), a student’s outfit, has lodged complaints before the commission that there were some universities where students not qualified for admissions into certain classes which included students who have compartments had been admitted.

Talking to Hill Post about some educational institutes having violated admission guidelines Ajay Thakur, a ABVP activist said, “our organization has reported the matter to the education regulatory commission that some private universities were admitting students in violations of admission guidelines.”

“Even in defiance of High Court orders candidates having compartments have been admitted in private universities,” claimed Thakur.

Faced with opposition about allegations from students and academics that these institutes were more of commercial shops involved in imparting sub-standard education, Himachal is the first state in the country to set up a regulatory body to monitor educational standards in the private sector.