Abdul Karim Tunda, Delhi Police’s big catch Friday, began his career as a carpenter, moved on to do scrap-dealing before becoming a cloth merchant. And then he took to terror.

Police say he got radicalised in the eighties when he “came in touch” with the Lashker-e-Taiba through operatives of the ISI, Pakistan’s secret agency. 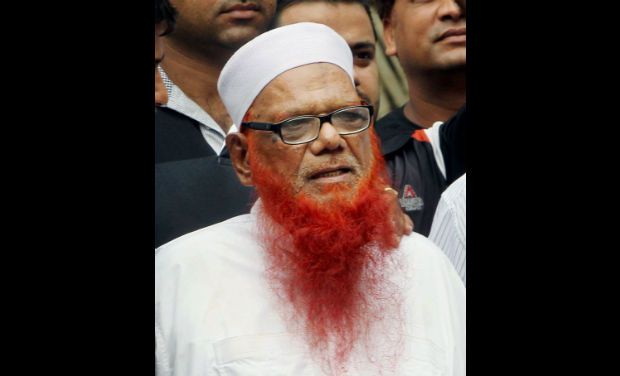 But he earned notoriety and came on the police radar after the Mumbai serial bombings in 1993 that followed the demolition of the Babri Masjid in December 1992.

Police say that before he got involved in the Mumbai bombings, he had constituted a ‘tanzeem’ – an organisation set up with the lofty aim of working for the community – Tanzeem Islah-ul-Muslimeen (Islamic Armed Organization) with one Jalees Ansari, a resident of Mumbai.

Another top Lashkar-e-Taiba (LeT) militant, Azam Ghouri, joined up with another Tanzeem floated by Ahl-e-Hadis to avenge the Babri Masjid demolition in the Indian town of Ayodhya in Uttar Pradesh.

He got the moniker Tunda – Hindi for without a hand – after his left hand got severed in an accident while preparing a bomb in 1985 in Mumbai.

Born in a poor family in 1943 at Chatta Lal Miya area in central Delhi’s Daryaganj, Tunda started his career as a carpenter at his native village in Bazaar Khurd area in Pilkhuwa in Uttar Pradesh’s Ghaziabad district.

He started supporting his father who used to melt metal like copper, zinc and aluminium to earn livelihood.

After his father’s death, he was the lone earner of his family so he started working in scrap dealing to earn more money, but it was not enough to met his expenses. Later he became a cloth merchant before becoming a radicalized jehadi militant.

He married thrice, including for the third time a 18-year-old girl, at the age of 65.

His younger brother Abdul Malik, who still is a carpenter, is reportedly the only immediate family member alive in India.

He also stayed in Pakistan where he is known to have imparted training on fabrication of IED and other explosives to mujahids, who are sent to India from Pakistan for jehad.

He returned from Dhaka to India to mastermind the deadly 1996 and 1998 bombings. In almost all the bombings in Delhi during 1996 and 98, Tunda’s men, who were from Pakistan and Bangladesh, had detonated the bomb bombs using pencil batteries, police said.

The most devastating of these blasts was in a crowded private bus at Punjabi Bagh in Delhi in December 1997 which occurred when the bus, running between Ajmeri Gate and Nangloi, reached Rampura in Punjabi Bagh, killing four commuters and injuring 24.

Subsequently, Tunda fled to Pakistan via Bangladesh, from his home in Ghaziabad in 1998.

Tunda tried to cause serial explosions in India in 2010, just before Commonwealth Games organised here using an elaborate network of human traffickers and fake currency suppliers active in Bangladesh.

Tunda had also been associated with Rohingya operatives in the past. His association with LeT commanders Rehan alias Zafar and Azam Cheema alias Babajee is well known.