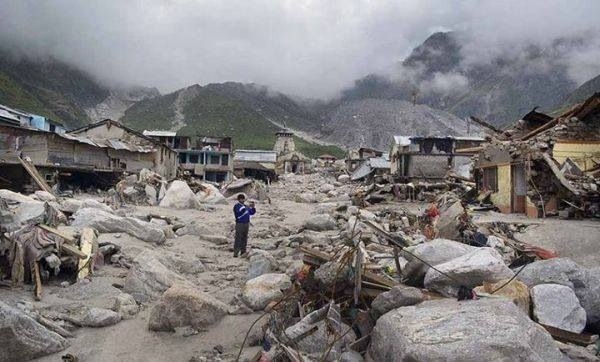 Dehra Dun : Though the Uttarkhand government or the National Disaster Management Authority are still shying away from giving the exact figures on the number of casualties and missing persons even 15 days after the worst-ever tragedy hit this small mountain state, the United Nations has come out with a figure of 11,000 missing persons.

How it has come to that figure has not been spelt out, but going by the large number of people still thronging the information centres and control rooms with the photographs of their near and dear ones who had undertaken the char dham yatra and were caught in the macabre tragedy, it appears that the number of missing could reach the UN numbers.

With no registration done of the number of pilgrims who embarked upon the yatra and no figures of how many private vehicles were on the roads when the tragedy struck, there is no way apparently for the Uttarakhand government to come out with any exact numbers. But apparently with the motive of playing down the casualties, the exercise is on.

It is probably because of this that a ban has been imposed on anyone moving into the Gauri Kund-Ram Bara-Kedarnath stretch, which bore the brunt of the floods fury. It is being presumed and government officials also admit, that the largest number of casualties was on this very stretch. Eye witnesses have been quoted as thousands of bodies littering the stretch.

Though the explanation being given for the blanket ban, which does not allow either media persons and even relatives of missing persons to enter this stretch, is fear of epidemic breaking out in the region plus the difficult topography of the devastated region, made almost inaccessible by the incessant rains, but fears are being expressed that it is to prevent word on number of deaths from spreading.

Meanwhile what is causing concern to the people of this small mountain state is the fact that despite repeated advice by various government and private agencies and also warnings in the form of natural disasters by nature itself, no government even after the Uttarakhand came into being in Nov 2000, cared to take remedial measures.

Forgetting the earlier tragedies when the region was a part of Uttar Pradesh and the government completely ignored the hill districts, but from August 2002 till September last year there had been five major natural disasters that spelt a warning of things waiting to happen.

About 150 persons died in these disasters and property worth crores was destroyed, but the Uttarakhand governments did not bother to look into the warning issued by the government bodies on the tragedy in waiting.

At the instance of environmentalist and Magsaysay Award winner Chandi Prasad Bhatt, the central government got a survey done by ISRO in 2001. The landslip and landslide zones in the Uttarkashi Gangotri area (which has been the worst hit in the recent tragedy) were identified in the survey and preventive measures to be adopted suggested.

In 2010, a year-long study was also conducted by the Geological Survey of India in the Bhatwari area of the region following a major portion of a village being destroyed in a landslide. The report was given to the Uttarkhand government last year in which dangers of similar landslides hitting the region and measures to be taken to prevent them were suggested.

But none of the measures suggested by ISRO or the Geological Survey of India to prevent repeated natural disasters in the region were adopted. In fact it has been learnt from reliable sources that the reports of both the bodies have been gathering dust, and the Congress government in state had neither the time nor the interest to look into them.

Actually what else could be expected in a state where the primary interest of the state governments has not been the life and property of its people, but other matters of monetary interest. There have been scams galore in this state that have been raked up by both the subsequent Congress and BJP governments, but neither thought it proper to raise up issues on why issues relating to the life and property of the people were put on back burners.

Renowned environmentalist and one of the fathers of the chipko movement in the state, Sundar Lal Bahuguna said that this was the worst ever warning that mother nature could give to both the central and state governments. “If even after this macabre tragedy, the state and central governments do no wake up to what is happening in the Himalayas, they should be prepared to face disasters of even grater magnitude”, he added.

He said that nature has its ways of warning when there is disturbance in the natural balance of the environment of a region. “Man’s interference with nature is on the rise in the Himalayas and religious and tourism destinations are bearing the brunt of this disturbance. The large number of people who throng to these places for short periods of time, disturb the environmental balance, which give birth to such natural disasters”, he pointed out.