Shimla: Suing a judge for not acting diligently and in good faith, resulting in defamation of the petitioner, is something unheard of in India but the Himachal Pradesh High Court is confronted with just such an issue and has reserved its order for next week about whether to admit or dismiss such a suit.

Yesterday taking up the application moved under section 482 of Cr.PC, Chief Justice AM Khanwilkar heading the bench with Justice Kuldip Singh after issuing a stern warning to the petitioner in person, Deepak Khosla, about the nature of the relief sought, (compensation of Rs 1 Cr) said in open court that in all his career in the bar or as a Judge, he had not come across any such case where judges were intended to be sued. 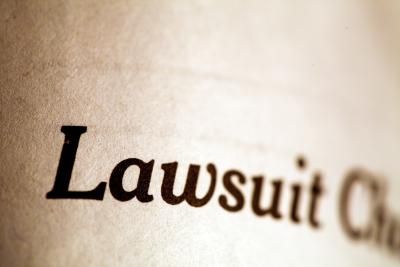 Showing preparedness for all judicial action arising out of moving such an application before the higher court, Khosla relied upon the Judges Protection Act 1850 and Judges Protection Act 1985, and stated in court that the 1850 Act granted judges immunity only in civil matters and the 1985 Act had not debarred higher courts from taking action against subordinate judicial officers.

However, the petitioner in court stated that no mala fides was being alleged against two judges of a district court arrayed by name in the application but alleges “implied malice” resulting from their negligence in diligently perusing the case materials before them in which Khosla is an accused.

Besides the two judicial officers of a district court in Solan, ten others, including police officers, public prosecutors and others have been named as respondents. The petitioner has also evoked Article 227 and section 397-404 of CrPC to make out a case.

To buttress his argument Khosla cited the10 April, 2013 judgment in  S.Velankanni v Chitradevi & others case of Madras High Court wherein immunity under the Judicial Protection Act was denied and Rs 1 lakh compensation was imposed on a judicial magistrate for wrongfully remanding a rape victim to judicial custody.

Leading the charge for the state and district judges in question, Advocate General Sharwan Dogra termed the application as an attempt to breech the protection judicial officers had under the constitution and the Judicial Protection Acts. “It could lead to a breakdown of the system,” he said.

Without going into the merits of the petitioners’ case, the advocate general sought outright dismissal of the suit and asked for exemplary treatment so as to discourage such litigation as it was an attack on the very institution under which the judicial system of the country worked.

Given a chance to respond, Khosla said that by entertaining his application, the court could, in fact, send out a positive message, showing that it was willing to entertain cases against judicial officers, rendering all, including judicial officers, equal before law.

The case which was initially listed for the morning session was postponed for the afternoon as the advocate general was not available earlier.

Argued for about two hours, the listed matter evoked much interest in court and was attended by many senior lawyers, before the bench reserved its order for next week.

Before moving to the next listed matter, Khosla, with the court’s permission bowed out saying in Hindi, ‘Gustaki Maaf’, to which the chief justice responded in equal measure, ending the serious proceedings with a smile on the face of everybody present.