Doubling of natural gas price to $8.4/MMBtu from $4.2/MMBtu, the UPA II government has brought cheers in the camps of oil producers, but a glum has rubbed over the power and fertilizer sectors of the country. The verdict based on the intricate Rangarajan formula (that is even unclear to many in the government) seems to be well executed as the increase will come into effect just when RIL’s KGD6 formula of $4.2/MMBtu terminates.Isn’t it fishy or just coincidence, but why the UPA loves doling out so many surprises time and again? 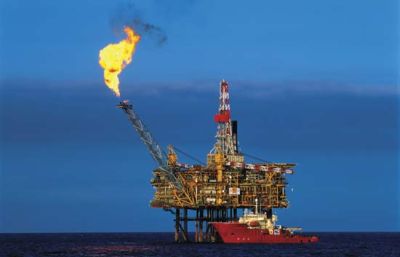 Instead of penalizing RIL for not delivering promised gas output, it was rewarded with a price increase. Was the cut-down in production a premeditated effort in wake of ‘gas–pricing review’ approaching in 2014? Ideally, the company should have been ordered to give away its stake and re-bid for the gas blocks along with others. Further, the government should have made sure that the RIL delivers the underperformance it still owes at $ 4.2 (the old price) to the nation before it profits itself with the new price.

RIL asked for an increase of around $14/MMBtu to eliminate any dispute over ‘cost recovery’ and therefore, can’t assume if the present rise in price would satisfy company’s aspirations. Would it function to its complete potential from now onwards? Nothing is sure, but government could have atleast recognized one of the recommendations mentioned in the Rangarajan Committee report — of revenue sharing arrangement with the producers, both public and private for the long run.

Were the rules molded ruthlessly to accommodate RIL’s demands? CAG has already highlighted the supposed collusion between UPA and private gas producers (read RIL) in the past, but CAG is a mere accountant that doesn’t take into account the ground realities — right MR. Sibal.

Also, well understood that it’s a policy decision and had to be taken up atleast 6 months before the existing policy tenure ended — but why was Jaipal Reddy (the previous Petroleum and Natural Gas Minister) inexplicably shunted out of the Cabinet at the precise time? It’s crystal clear during his stay many big-ticket proposals of RIL were bit dust, which have gained momentum with entrance of Veerapa Moily — atleast CPI’s Guru Dasgupta opines such.

The other surprise is a total calm in the opposition benches other than some hue and cry ensuring– ‘we are still alive’.What pulls back BJP to dispute this hike declaration? Why can’t they announce their willingness to re-consider the decision after coming to power? Atleast, Modi could have, but being a corporate’s darling himself, it would have been only a ‘Pyrrich Victory’ for him. With the elections round the corner, funds are something which everyone wants. And, displeasing RIL, the CFO (Chief Funding Officer) of almost all the national parties, can be suicidal.

The rationale behind calculation of domestic production in the US dollar terms instead of rupee will hit more especially when the US dollar is strengthening against the rupee with each passing day.

However, a swell in price was always on the cards so shouldn’t surprise anyone. Due to decline in gas production almost 30% of gas based plants are closed and fertilizer companies have to import gas at triple the price. With this increase, our prices will become attractive for global gas explorers and incentivize exploration.

This is also a reality that domestic investments in the natural gas sector have down to $1.8 billion in 201-12 from $6.3 billion in 2008-09. Additionally, Indian companies such as ONGC, Videocon and others combined have invested $ 27 billion in oil and gas sector abroad in the past 10 years and in process to put $ 10 billion more. In order to stop the flight of capital such initiative was indispensable. In a way, it is better to pay more domestically than to countries such as Iran at around $ 14 /MMBtu. Also, each dollar rise in gas price would add $ 128 million in addition to royalty and profit. This can lead to a three-fold rise in our gas production, helping in easing the principal constituent in CAD, as per a report by global consultant HIS-CERA. However, as the gas availability situation improves along with ever rising CAD, the pressure on government to subsidize fertilizer and power units would add to already inflating fiscal deficit. Therefore, Chidambaram’s logic that we can earn more with increase goes flat when we have to pocket out a significant amount to cool the fiscal situation.

For every $1 of increase in gas prices, power sector will lose Rs 10,040 crore while fertilizer subsidy can rise by Rs 3,155 crore, as per the official estimates. Then, where’s the real profit everyone is talking about?

In case the common man feels he has escaped unaffected , the total cost of electricity generation  in the gas based plants can rise to Rs 6.20/unit from the current cost of Rs 4.20/unit– around 6% rise if complete increase is passed to the consumers. Aren’t country’s power discoms in complete disarray currently? If yes, then why the Power ministry not coming out with a raised voice against the decision… something fishy somewhere. Isn’t it?