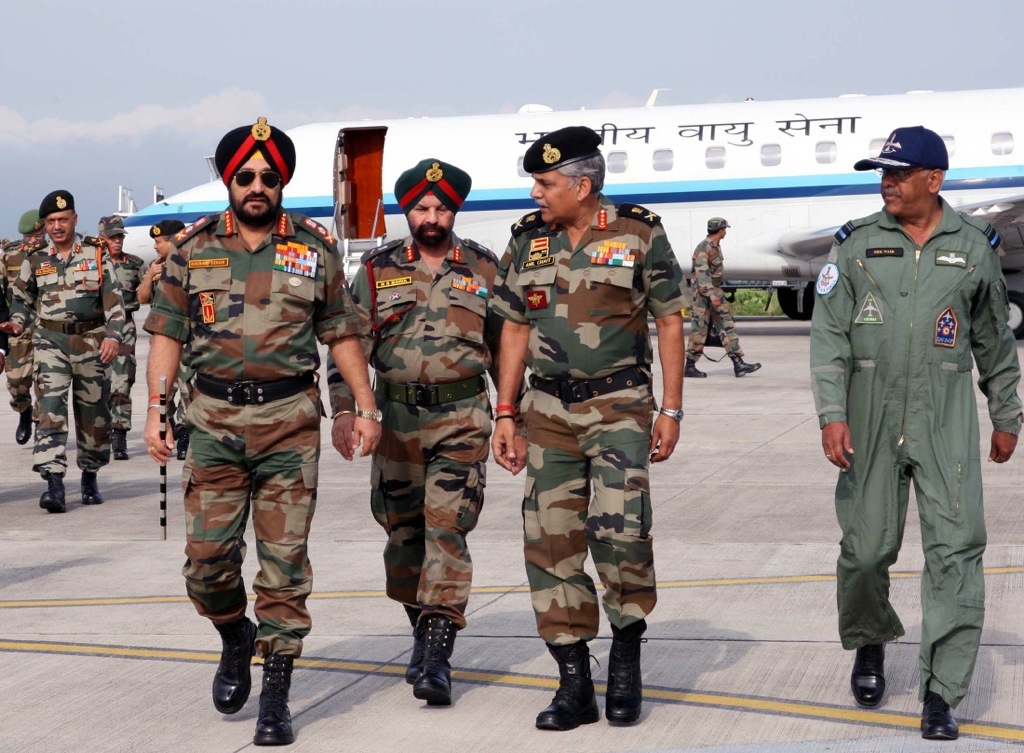 Dehradun: Indian Army chief General Bikram Singh said today that the armed forces will continue their operations till all the people are rescued from various locations in flood-hit Uttarakhand but did not specify a timeline as relief efforts depended on the weather conditions.

General Singh, who was on a day-long visit to flood-affected areas of Uttarakhand, told mediapersons in Gaucher that he had asked his commanders to carry out rescue efforts in a proactive manner.

“We will get all citizens out, wherever they are,” General Singh said.

He said the army was getting information that there may still be survivors in certain areas and an endeavour was to locate them and get them out.

He said many of the troops deployed in relief operations were from Uttarakhand and their families were also impacted by the flash floods.

“These boys have refused to take leave to attend to their kith and kin and render their duties. We all had a phenomenal synergy,” Singh said.

The army chief said the troops have exhibited commitment unparalleled in history. He complimented officers and Jawans for their efforts. “It was a very difficult operation. What needs to be appreciated is how all agencies worked in unison to save lives,” the army chief said, adding that rescue teams had to work in very difficult conditions.

“There was no communication setup. Many places were difficult to reach but they (rescue teams) went to most inaccessible areas to save people,” General Singh said.

“I would like to laud the efforts of the National Disaster Response Force (NDRF), Indo-Tibetan Police Force (ITBP) and the Indian Air Force. They have done a great job along with the Indian army,” he added.

General Singh said he had instructed commanders not to wait for any requisition for relief operations and they had acted speedily.

He said a few pilgrims were still stranded in Badrinath in flood-ravaged Uttarakhand and their evacuation would depend on weather conditions.

“We are getting information that some survivors are still stranded in north Badrinath. Yesterday (Thursday) we had sent some sorties but the rescue teams were unable to locate them. The time for their (pilgrims’) evacuation cannot be specified as it depends on the weather,” the army chief told reporters after arriving at the Gauchar air base in Chamoli district.

General Singh said his heart goes out to those who had lost their lives in the chopper crash June 25.

The incessant and intense rains that hit Uttarakhand over three days from June 14, leading to flash-floods and landslides, have led to hundreds of deaths, while many more are missing. There were thousands of pilgrims in Badrinath and Kedarnath areas when the tragedy struck.