Dehradun: The rescue and evacuation operations were delayed in the rain-ravaged Uttarakhand early today owing to rains and dense fog in some areas, officials said.

“After the chopper crash yesterday, we are moving with caution to ensure that such incidents do not reoccur. We are waiting for the weather to improve,” said a senior state official. 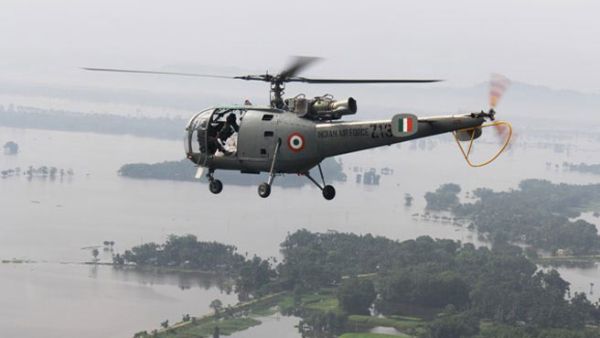 While at some places the skies had opened up, fog remained a cause of concern, the official added.

The rescue mission to rescue more than 7,500 people still stranded on the Badrinath route in Joshimath and Harshil is likely to start around noon, officials involved in the operations told.

Helicopter services, however, are continuing in Dharasu area of Uttarkashi. But with the inclement weather continuing to affect the rescue, army is now focussing more on the evacuation on foot.

Rescuers have been urging people to walk to safety to the army base camps with the help of the troopers guiding them.

The people, who have now reached the relief and medical camps set up by army, are waiting for the weather to clear so that sorties of choppers may begin and they can be airlifted to Dehradun, Haridwar and Rishikesh.

More than 845 people have been confirmed dead in the natural calamity that hit Uttarakhand June 15.

Meanwhile, the bodies of eight people on board an Indian Air Force (IAF) chopper which crashed yesterday have been located. Officials say the probability of survival of the remaining 12 is remote. The chopper has been charred badly.