Dehradun : Realising that the state government could come under heavy criticism of the centre and will have to face the ignominy of justifying why no action was taken despite the meteorological department having warned of heavy rains and possible cloudbursts in the higher hills of Uttarakhand, the cabinet ministers are resorting to petty lies to pass on the buck. 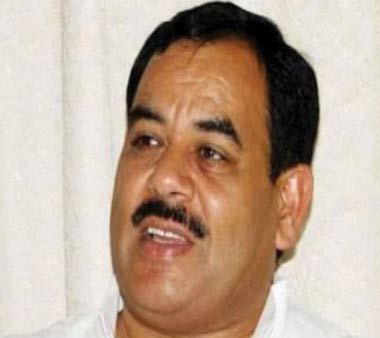 Uttarakhand disaster management minister Harak Singh Rawat boldly claimed on a national TV channel that after the government got the warning, it stopped the ‘chaar dham’ yatra well in advance.

Petty lies Mr Rawat, for it is now confirmed that the state government neither issued any warning to the pilgrims enroute to the four shrines, nor stopped the yatra at any point.

Confirming that the state government and its ministers were resorting to lies to save face and pass on the buck, former Bihar health minister Ashwani Kumar Chaubey, who reached here after an odyssey he faced during the Kedarnath yatra said that, before starting, he asked the district magistrate about the weather, but was not told of any warning of rains or cloud bursts.

Asserting that he was within the temple premises with his relatives when the water and debris came cascading down, he said that seven members of the group accompanying his were missing, while the body of two had been found.

“We slept over dead bodies for three days and there was neither any relief nor efforts to rescue the stranded and we eventually had to trek 11 kms and somehow managed to reach Guptkashi”, he claimed.

Not mincing words Chaubey said that there was zero effort in the name of disaster management in the state and even four days after the tragedy, the administration could not even reach the worst affected areas, where the maximum casualties occurred.

“When the government was informed that the weather could get dicey, why was the yatra not stopped on Jun 13 itself, when the information was received and the people told to move or shifted to safer zones”, he asked.

Shakuntla Gusain, a resident of Delhi, who is also a rare survivor amongst those caught in the tragedy at Kedarnath said that while returning to Gauri Kund, the weather got bad and they decided to stop at a guest house at Ram Bara.

The pilgrimage was on, nothing had been said about the weather taking a turn for the worse, and the rains caught them unaware, she maintained.

She said that but for the rains everything seemed to be normal, the pilgrims either on their way up or down were lodged in the guest houses at Ram Bara, but suddenly at five there was huge blast and the guest house immediate below where they were staying where about 500 pilgrims had checked in for the night went cascading down into the Mandakini.

“With death staring into our face, we decided to make a run for it and reach the hill sop so that we could save ourselves. When we started there were about 100 of us but only eight managed to reach the top, others being swept down by the boulders that were rolling down the hill. We took the polythene from dead bodies of man and mules to save ourselves from the incessant rains. We spent four days without food or water when a chopper finally came, but two of the eight survivors were blown down the hill into the river by the strong wind from the chopper rotor”, she claimed.

Apparently Mr Rawat is telling lies, for not a single pilgrim, who has been evacuated from the various shrines has corroborated what the disaster management minister has said about the yatra being stopped at various places.

Had it been done and the pilgrims moved to safer places the number of dead and missing would have perhaps been much lower.

Ironically, the minister has said nothing about the CAG exposure that no Disaster Managament Board had been constituted in Uttarkhand and no meeting had been held since 2007.

The state had not even planned what steps needed to be taken should there be a disaster, which is perhaps why eye witnesses on return told the media that rather than letting the pilgrims board the helicopters first, the police and district administration personnel were amongst the first to board the choppers and get out of the danger zone.

In fact, according to reports, the state government was blissfully unaware that heavy rains had hit the higher hills, for the report it sent to the centre did not mention it.

And while Uttarakhand was hit by its gravest tragedy in memory on Sunday-Monday night, the state government became aware of it only on Tuesday, because of which relief and rescue operations were badly affected.

The truth is that when the gravity of the tragedy hit the state government and the bureaucracy, they felt that rather than getting involved in the rescue and relief operations, as if not done properly the move could backfire, it was decided to ask the central government and the union home and defence ministries to take up the exercise on the plea that Uttarakhand neither had the officials nor the wherewithal for a tragedy of such magnitude.

Meanwhile the bodies of the tragedy victims have started reaching Haridwar and Shyampur from where fifty (50) bodies were fished out today.

But the task still remains grim as about 50,000 people are still stranded awaiting evacuation, though over 30,000 are reported to have been evacuated.

Meanwhile for the first time chief minister Vijay Bahuguna has said that the death toll could be very high, which officials admit could be in thousands.