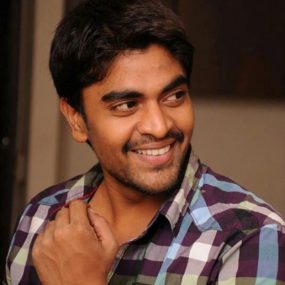 Chennai: Srinivas Mangam’s forthcoming Telugu comedy “Pusthakamlo Konni Pageelu Missing” is a remake of Tamil comedy “Naduvula Konjam Pakkatha Kaanom”. He says if remakes use the soul of the original story then creativity is not compromised.

“It’s a misconception that remakes kill creativity. There is absolutely nothing like that as long as a remake uses the soul of the original story,” Srinivas told IANS

“Our film is not a frame-to-frame copy of its Tamil version. We only picked the soul from the original and made so many changes to it. We even included commercial elements such as songs and comedy tracks,” he added.

“Naduvula Konjam Pakkatha Kaanom” was one of the highly successful low-budget Tamil films of 2012. Made on a budget of under Rs.1 crore, the film reportedly raked in over Rs.7 crore at the box-office.

In the original version, starring Vijay Sethupathi, there were no songs, but it was two hours and 35 minutes long. The Telugu version, however, has been shortened by nearly 20 minutes.

Srinivas, plays a character that suffers from short term memory loss in the film, which is directed by Sajid Qureshi. He didn’t see the Tamil version, but his family did.

“I didn’t watch the film because I didn’t want Vijay’s acting style to have an influence on my acting,” said Srinivas, who agreed to work in the remake after his family saw the original.

“My family members saw the Tamil version of the film and told me that I would perfectly fit into the role. I was aware of the success of the film in Tamil and, therefore, agreed to do it,” he added.

“Pusthakamlo Konni Pageelu Missing”, which was completed in 34 days, is currently undergoing post-production work at a brisk pace. It is slated for a July release.