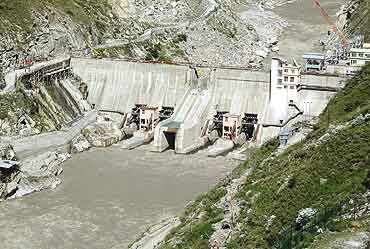 “Heavy rainfall in the catchment area has created floodlike situation in the Sutlej,” he added.

Official sources said the stoppage of power generation at both the plants has created power shortage in the northern states.