Srinagar: Racing on a freshly tarred uphill track, whose foundations were laid by Akbar, Jahangir and Shah Jahan – the great Mughal emperors, the 4th edition of Mughal Rally is to be flagged off on June 28 where about 150 top motorists are expected to take part.

On day one (28 June) of the two day motorsport event would test the skill of ace rallyists as they race up the hills to Pir Ki Gali (altitude 4100 meters), the highest point on the Mughal Road. 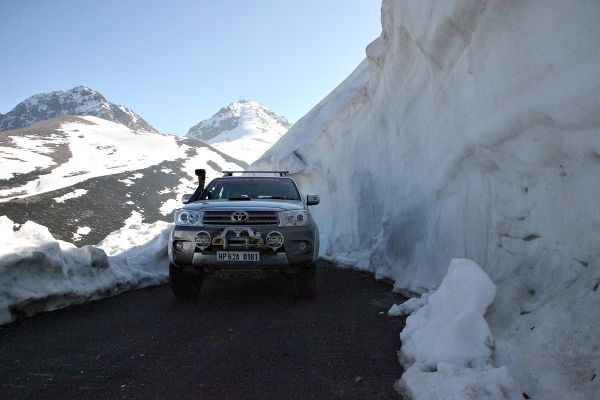 The Mughal Rally will race the 67 kilometer stretch of the Mughal Road in about 45 minutes.

It will proceed to Jammu over the Mughal Road for a night halt and return the next day via a lesser known areas track that passes through Reasi, Salal, Gool to Ramban, and finally again takes a hill climb to Sinthan Pass, to end in Srinagar.

The road has inherited the historic name for it was a track maintained and frequently used by the great Mughal emperors of Agra and Delhi, when travelling between Lahore and Kashmir in the middle ages.

The day the rallyists head into another hard driving track that crosses over Sinthan Pass (3748 meters altitude) connecting the Kishtwar and Anantnag. The pass and the road is snowbound for most of the year and only opens for traffic between April to September.

“The format of the event has changed from a rally to a hill climb because of the way the track has changed,” said Vijay Parmar, the President of Himalayan Motorsport, the organizing club. With the road almost fully tarmac here, we now have a fantastic hill climb challenge,” he said.

The Mughal Rally started in 2010, when the Mughal Road was a quagmire of deep mud and rocks. It is now a smooth, double laned highway which will be formally opened by Prime Minister Dr Manmohan Singh on June 25.

“We see this rally becoming one of the fastest hill climbs in the world. At around 30 kilometers each, the four hill climb stages on Peer Ki Gali and Sinthan Pass will require great skill and concentration to master,” says Parmar.