Dehradun : The four famous shrines of Badrinath, Kedarnath, Yamnotri and Gangotri high on a Hindu’s pilgrim wish list are located here. The rapids of the Ganga near Rishikesh are considered the best for river rafting, the ski slopes at Auli are considered to be the longest in the world, there are ‘bugyals’ (alpine pastures) which are a sight to see and there are trekking routes and mountains to climb for the adventurous. 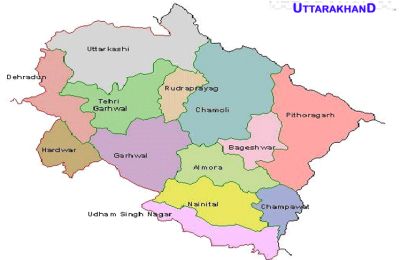 Uttarakhand has come of the best forests in the world with the largest density of felines in the Corbett National Park and its landscape. There are virgin tracts of land where one can just relax and seep in the beauty of mother nature, at its best. And then one must nor forget the evening ‘aarti’ of the Ganga at Har-ki-Pairi on the banks at Hardwar. Yet the state is crying for tourists, though it is getting its fair share of pilgrims to the chaar dhams.

There is over 25,000 MWs of hydel power potential waiting to be exploited, yet Uttarakhand remains steeped in poverty and its people crying for better options and amenities. The 12 years that the state has been in existence, it came into existence on 9 Nov 2000 have been a sad saga of neglect and waste. It may be a short span in the life of a state, but for the lakhs who struggled for the formation of the state, their best years seem to have been spent for nothing.

It is an ironical but sad truth that despite there being no dearth of leaders no need to name even a few, not one even had the vision to draw a road map for the state to take it on the path of development and progress. In the absence of any road map to exploit the vast tourism and hydel power potential, Uttarakhand, like its leaders has been groping in the dark, even as the people of have been hoping for a ray of light to take them forward.

Look up any of the election manifestos of the two major political parties, the BJP and the Congress, which promise to mate the state a paradise and champagne flow out of taps, but the fact of the situation is that the framers of these election manifestos have gone for immediate political gains, without caring an iota for the hopes and expectations of the masses who not only braved the summer sun and chill winter rain but the lathis and bullets of the police.

Rather than roping in these hopes and expectations of the masses in their election manifesto to form the stepping stones for the road map of the state, the fact of the situation has been that the inexperienced and gullible political leadership has been more concerned about their own petty interests than the larger interests of the state and its people. The squabbles within the Uttarkhand Kranti Dal (UKD) which spearheaded the formation of the state, has decimated the party which could have given a brighter tomorrow, as it was well versed with the grass root needs of the state.

The babudom and planners of the state need to reflect on what they have been doing for the past 12 years that have drastically gone wrong. There is talk of tourism potential but the figures tell a different story. The number of Indian tourists to the Kedranath shrine may have gone up, because of the religious sentiments of the masses, but the number of foreign tourists has actually gone down to over 6000 in 2001 to a little over 500 in 2012, despite its huge potential to attract foreigners.

It is time that the state leadership, which seems to have been caught on the wrong foot for its acts of omission and commission for over a decade now, to pull itself up and think of the hopes and aspirations of the lakhs of people who spent months out in the open braving the vagaries of nature and police and PAC atrocities, in the hope that their children will have a brighter tomorrow. It is for them to decide whether they have given a brighter or a darker future.