“The voter-turnout was just seven percent in the first one hour but by 11 a.m. it rose to nearly 17 percent,” said an electoral officer.

Voting began at 8 a.m. and there was no report of any delay in polling due to malfunctioning electronic voting machines (EVMs), he said. The polling will end at 5 p.m.

A total of 11,24,786 voters will decide the fate of four candidates, including two independents. The main contest is between the ruling Congress and the opposition Bharatiya Janata Party (BJP).

However, voting in the landslide-hit Kinnaur district, part of the constituency, will be held June 27. The vote count will be held simultaneously June 30. 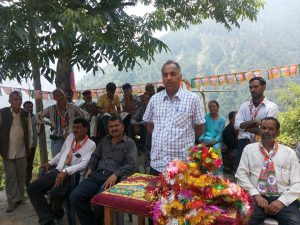 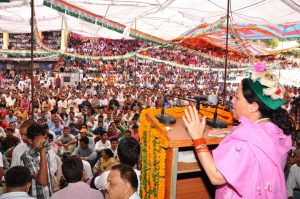 The by-poll was necessitated after Virbhadra Singh relinquished the seat following his election to the state assembly in December 2012.

The chief minister and his family cast their vote in Rampur, some 120 km from the state capital, in the morning.