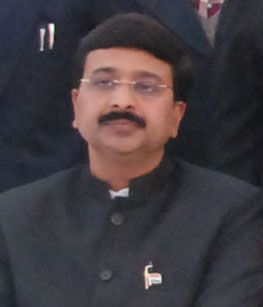 Haryana Health Minister Rao Narender Singh is in the dock over the suspension of Narnaul Civil Surgeon Chander Mohan. Narnaul, a district headquarter town of south Haryana, is 90 km from here.

Haryana Civil Medical Services Association (HCMSA) has alleged that the CMO had been suspended as he had not appointed the people recommended by the minister.

Narender Singh told IANS: “The allegations are baseless. The appointments are based on merits of written exams and interviews. The CMO has been suspended on the bases of complaints filed by the people affidavits.”

The selection committee comprised a civil surgeon, two deputy civil surgeons and a representative of the local deputy commissioner. The health minister allegedly pressurised the civil surgeon to appoint people recommended by him.

HCMSA alleged that when the civil surgeon refused to comply, he was first transferred to Karnal as state sacteriologist and then suspended a few hours later the same day. The selections were finalised in the last week of May.

The doctors’ union leader said they had intimated the state health authorities as well as NRHM mission director Rakesh Gupta about the episode.

“This episode clearly indicates the kind of pressure to which the state officials are subjected by their political and administrative bosses and the situation was the same in all parts of the state and selection process was stalled in several districts,” he said.

He demanded that the suspended Civil Surgeon be reinstated immediately, failing which the HCMS doctors across the state would launch an agitation and strike work soon.

The HCMSA president further demanded that the appointments of contractual staff under the NRHM be carried out at state headquarters and not at district level.