Mumbai: The redevelopment of one of India’s most populated area, Bhendi Bazaar in South Mumbai shall set an example for cities across the world concerned with high population density.

From being an irrigation tract in its early days as mentioned in the Maharashtra State Gazette as, ‘in the north-west of Dongri there existed a plantation of thespesia populnia or bhendi which has given its name as Bhendi Bazaar’ to being developed by the British to resettle communities affected by the Great Mumbai Fire that broke in 1803 at the British Fort area to eventually mushroom into a bustling business district, Bhendi Bazaar in South Mumbai, India has come a long way in terms of socio-economic evolution.

Surprisingly, even with its 200 years history of characteristic entrepreneurial resilience, Bhendi Bazaar has gradually sunk in an abyss of civic neglect and infrastructural despair leading it to be seriously challenged in a liberal Indian economy. 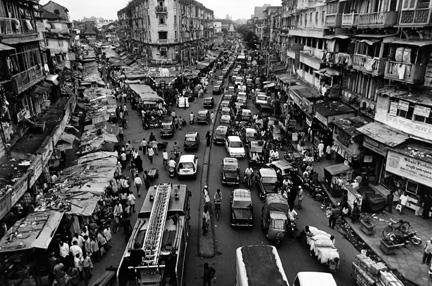 Interestingly, even during the global economic slowdown that affected Indian market growth in the last decade, this 16.5 acres area having distinct business dynamics, saw economic reforms such as diversification and new business ventures while indulging in minimal credit facilities.

This largely has been possible as over 50% of the 1250 commercial establishments in the project area are owned by Dawoodi Bohras – one of the oldest mercantile communities that first settled in the city during the 18th century.

Known for their business acumen, Dawoodi Bohra businesses in Bhendi Bazaar and elsewhere have grown exponentially by benefitting from the Qardan Hasana Trust, a global financial institute established by the community’s spiritual leader His Holiness Dr. Syedna Mohammed Burhanuddin.

The trust facilitates short and long-term interest-free credit disbursement, which in turn, helped in arresting larger effects of recession, and facilitated capital inflow in the area.

Apart from the traditional business of hardware tools, artifacts bazaar, the Friday flea market, there has been an increase in pilgrim tourism due to the religious and cultural centers situated in the area like the world renowned Raudat Tahera, the mausoleum of Syedna Taher Saifuddin.

Taking into consideration all these socio-economic dynamics, mainstream market players particularly from the service and hospitality sectors along with small manufacturers have put-up outlets in the area providing job opportunities and alternate source of income to many a household in Bhendi Bazaar.

However, be it petty shopkeepers or value added service providers depending on elite clientele or businesses requiring spacious floor-space – all macro and micro market players have adversely been affected due to diminishing urban facilities in the vicinity.

With an overall 74% ground coverage, the present 66,264.74 Sq. m. area has one of the highest population density in South Mumbai.

Interestingly, the newly proposed Bhendi Bazaar redevelopment project undertaken by the Mumbai based Saifee Burhani Upliftment Trust ( SBUT) will have a 54.55% ground coverage post redevelopment. The project, according to the widely used economic theory, is constrained optimization. It represents arriving at a set of best solutions to a matrix of problems.

From a purely economic perspective, the non-profit redevelopment initiative in the area would shift the perfectly inelastic supply curve of commercial and residential land to the right.

This would lead to an increase in consumer surplus to the residents and additionally provide positive externalities to the surrounding areas such as over 15 m wide internal peripheral roads for vehicular movement, separate loading-unloading facilities for commercial vehicles and 1,16,153.93 Sq m of much needed parking facility in the area.

Apparently, unlike the present inequitable market scenario, both complementary and substitute goods’ stakeholders in the neighborhood are to be provided with shops strategically facing the main roads.

The economic evolution of Bhendi Bazaar from a typical, unplanned bazaar to having Mumbai’s longest high-street shopping area would serve both purposes of retaining to a great extent the traditional bazaar essence as well as provide a contemporary business environ.

In essence, Bhendi Bazaar’s parameters of economic growth are largely defined on the lines of the area’s cultural and social vibrancy.

The fact of the matter is, while all religious and cultural architectural structures situated in the vicinity are to be retained, all legitimate businesses and cosmopolitan residents would also be relocated back in the same locality. These phenomenal factors would, without doubt, reinstate the unique cultural flavor, and reinforce Bhendi Bazaar’s past business glory.

A broad observation is, there is an evident absence of quality shopping area catering to the simultaneous needs of all strata of society in a three kilometer radius around the proposed Rs. 3000 crore Bhendi Bazaar redevelopment site.

With an average 100,000 footfall registered today, a conservative approximation of a three-fold commerce and trade growth tends to be a reasonable prediction consequential to a much broader customer base post-redevelopment.

Subsequently, economic stimulus will be in employment gains, leveraged investment, and revitalized neighborhoods while fiscal impacts would include generating new sources of local revenue derived from previously less productive establishments.

On a larger canvas, even as a small minority has offered reservations advocating for preserving the ‘natural fabric of the city’, they do not in turn have any credible solutions to offer in correcting the colonial era’s deteriorating long, linear stretches that make up this area.

At stake are 80% of buildings that suffer from dangerous dilapidation and constant repairs, compounded with critically congested 150 year old arterial roads. All this cumulatively pose serious risk to human life and property.

The question that begs to be answered is whether or not the residents of Bhendi Bazaar have a right to a better quality of life as their forefathers did a century ago?

Qureish Raghib is a Mumbai based commentator on current socio-economic affairs in South Asia.