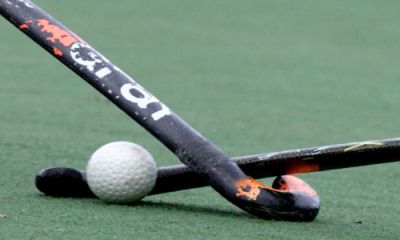 Air India played to a plan using short passes to completely dominate the proceedings as Dad provided a great start when he put home a Joga Singh pass in the very second minute and soon after, Yusuf made it 2-0 with a reverse hit to the far post.

On change of ends, Air India stepped up the pace to score twice more as Dad latched on to a long scoop from the back and thundered home for the third goal and as if on cue, Yusuf made it 4-0 following a swift move even before Punjab could settle down for the second-half.

A desperate Punjab, whose midfield play defence left a lot to be desired, let in a fifth goal when a well-positioned Joga Singh deflected to the net a hit by Vikram Pillay.

Even before the cheers died down, Thakur finally squeezed through an otherwise well-organized Air India defence to open Punjab’s account.

Hereabouts, the tempers seemed to be on short fuse as the rival players eye balled, but wiser counsel prevailed as the umpires handled the volatile situation with equanimity.

A distracted Punjab allowed Somanna to slam home Air India’s sixth goal that effectively sealed the match and a second strike by Thakur in the closing stages off a penalty corner had little impact on the outcome.