Srinagar: Among the very best Indian rallyists in cross country motor racing, 49 year old Sampada Rangnrekar from Mumbai, Suresh Rana from Manali and Satish Gopalkrishnan are out to make a killing at the two day 4th Mughal Rally that is to be flagged off tomorrow.

Rangnrekar to his credit has seven mentions in the Limca Book of World Records, Rana is a eight time Raid de Himalaya winner and has also won the Desert Storm on three occasion and Gopalkrishnan is the national champion in time speed distance rallying.

A potential champion in the making, Aman Ahluwalia of Delhi Team Terrain Tigers is also in the fray. In all there are about 120 rallyists in cars, SUVs and motorcycles who would be participating at the high thrill event. 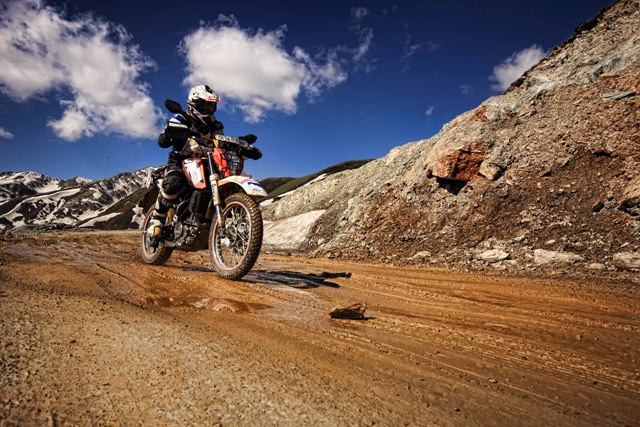 Amidst heavy rain in the valley, scrutiny of the vehicles of all competitors was held today at the Royal Springs Golf Course in Srinagar. The scrutiny is held as per stringent rallying and safety regulations of Federation Internationale De Automobile (FIA) and the Federation of Motorsport Clubs of India (FMSCI). 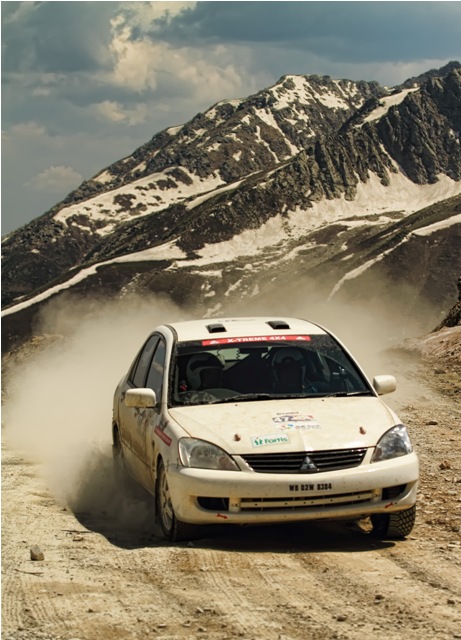 The Mughal Rally takes its name from The Mughal Road, the historic road used by Emperors Akbar, Jahangir and Shah Jahan to traverse from Delhi to Kashmir. On Day One, the rallyists will take on the hill climb to Pir Ki Gali, the highest point on the Mughal Road at an elevation of 11,500 feet (3,505 meters) approximately.

On Day 2, the second hill climb will come into play with the race to Sinthan Pass, at an altitude of 12,450 feet (3,748 meters), is on National Highway 1B, connecting Kishtwar and Anantnag. Even during the height of summer, the hill climb up to Sinthan Pass is lined with walls of snow. It is open from April to September.

The architect of The Mughal Rally is Himalayan Motorsport, the premier Shimla-based motorsport club which organizes the formidable Raid De Himalaya. President of Himalayan Motorsport Vijay Parmar said that heavy rain on June 27 had adversely impacted the roads on the rally route. This makes the route even more challenging for the rallyists, he said.

“We see this rally becoming one of the fastest hill climbs in the world. At around 30 kms each, the four hill climb stages on Pir ki Gali and Sinthan Pass will require great skill and concentration to master” said Parmar.

The Mughal Rally started in 2020, when the Mughal Road was a quagmire of deep mud and rocks. It is now a smooth, double laned highway which was formally opened by Prime Minister Dr Manmohan Singh on June 25. Himalayan Motorsport has seen average top speeds on this stretch go from a mere 55 kmph in 2010 to almost 170 kmph in 2012.