New Delhi: Around 23 percent or more than one-fifth of India’s elderly are known to have experienced abuse in the form of disrespect, verbal abuse, neglect while some have even faced assault, according to the “Elder Abuse in India 2013” report. 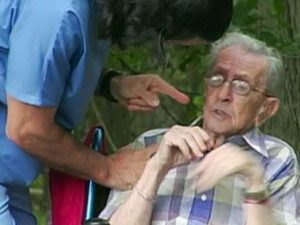 The report by Help Age India was released on the eve of “World Elder Abuse Awareness Day” which would be celebrated worldwide tomorrow. To commemorate the day, the elderly of Delhi have organized a candle light vigil at Jantar Mantar at 6:30 p.m.

“We have been doing this survey for the past four years and the data that has been collected is from the metropolitan cities and 25 tier II cities as well,” said Manjira Khurana, advocacy and communications head at Help Age India.

“The report has been very disturbing but we, as elderly, also have to try and create an intergenerational friendship with the youngsters as we are people of two different generations. It is also important to make the citizens aware of the Maintenance and Welfare of Parents and Senior Citizens Act,” said Justice (retd.) Leila Seth at the event.

The social security and the financial security of the senior citizens in India is governed by the 2007 act. Himachal Pradesh is the first state to have implemented the act.

To raise awareness on the abuse against elders, Help Age India has launched its Help Unite generations (HUG) campaign with the aim to sensitize young children and adults on elder issues and needs.