Shimla: Airlifting of stranded tourists and locals from high altitude areas of rain-ravaged Kinnaur district in Himachal Pradesh began today after some delay owing to bad weather in the morning, officials said. Fourteen Americans were evacuated in the first sortie. 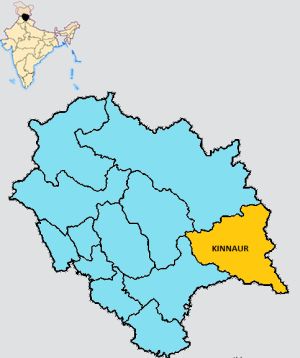 Fourteen US nationals, who were stranded in the picturesque Sangla Valley that has been cut off from the rest of the state since June 16, were airlifted, some 120 km from state capital, R.K. Bhardwaj, who is assisting the rescue operations in Sangla, told.

He said Sangla still has 44 tourists and they would be evacuated by today evening. Sangla is some 275 km from here.

Officials said around 40-50 tourists are stranded in Pooh and sorties are continuing to airlift them as early as possible.

“Except at Sangla and Pooh, there is no stranded tourist anywhere in the district,” an official said.

The Indian Air Force (IAF) has deployed two choppers, while the state deployed one for rescuing both locals and tourists.

Around 150 tourists and locals were evacuated from variosus places, including Pooh and Nako Sunday.

“Now the stranded tourists would be airlifted till Rekong Peo from where they will be sent back to their destinations through public transport vehicles,” he said.

Earlier, the base camp for the rescued people was Rampur in Shimla district.