An economist friend was tearing his hair out. He was trying to analyze a trend started by someone he scornfully described as “a billionaire who thinks we all live on one planet”.

I broke the news to him gently. “We DO all live on one planet. Except for Kim Jong Un, Kanye West, George W. Bush, my kid’s math teacher, etc, etc.” 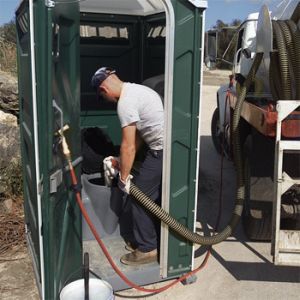 He explained that Japanese tycoon Tadashi Yanai had started paying all his managers the exact same wage, even if they lived in poor countries. He was about to roll out the same rule to all his shop assistants, cashiers and so on. He thinks all bosses should do what he has done at his popular Uniqlo fashion store chain, which is spreading fast around the world.

I told him about an incident some years ago in Sri Lanka. Everybody at the US embassy in Colombo got a pay rise. Someone noticed that the toilet-cleaner had not and wrote to Washington. A functionary 14,000 kilometres away looked up the average wage of sanitary workers in the US and added it to the embassy payroll. The Sri Lankan toilet cleaner instantly became the richest man in his village. He had his own car and chauffeur, who drove him to the toilets he still had to clean.

Anyway, the economist, a Brit working for a Japanese bank, gave me a sneak peek at what could happen. Say Tadashi uses Australia as a base. A toilet cleaner there gets the equivalent of $16.45 an hour. A toilet cleaner in Bangladesh earns 11 cents an hour. The Bangladeshi would get a 150-fold pay rise, suddenly earning more than the prime minister of that country.

In many countries (including India) prime ministers would be wise to rush to get jobs as Uniqlo toilet cleaners. Toilet cleaners, pushed out of the market, might lower themselves to becoming prime ministers, trying their hands at running countries. Who knows? They might do a good job. They probably couldn’t do worse.

“But I can’t work out who’s going to pay for this revolution,” the economist said. Two days later, this columnist found the answer. My daughters came home with three bags of clothes from Uniqlo. I’m paying for it.

Police officers looked at a street surveillance video to trace a snatch thief – and then noticed how fast he was running. Analysis of the video by Jiangsu Public Security Bureau in China showed that the thief, a 25-year-old man surnamed Yang, ran 100 metres in 12 seconds. One runner in the most recent Olympic Games recorded 11.99 seconds for his 100m run; so Yang’s not far off. I feel a movie coming on.

Did you see the report about the boy who was handed the keys to his dad’s super-cars from age five onwards? He drove a Lamborghini and a Bentley when he could hardly reach the pedals. By the time the boy was nine, Daddy had a red Ferrari F430, list price $200,000.

Junior REALLY wanted to drive it. “He was insisting for months,” his mother Amal told a reporter from NDTV. So she used Modern Parent Logic, which goes like this: When a kid asks for something ludicrous, the kid compromises by stopping his tantrum, and you compromise by giving him what he wants. She handed him the keys. (Note to this columnist’s kids: You can insist for months, years, decades or centuries, but the answer is NO, whatever the question is.)

Off the boy went. And I don’t mean sitting on dad’s lap. He drove the Ferrari by himself, with the only other person in the car being another child.

Proud mom and dad posted a video on YouTube of him zooming around, and horrified fellow citizens of Kerala, South India, notified police, who arrested the boy’s father, Mohammed Nisham.

Mr.Nisham clearly has 1) astonishing amounts of money, 2) total ignorance of the law, and 3) not the slightest interest in the safety of others.

Surely we should give him an Asian Businessman of the Year award?

A theme builder in China has created a giant statue of himself as the Buddha. I’m not saying that this guy, not named in press announcements, has a huge ego, but I bet Kim Jong Un wishes he’d thought of it first. The towering statue in Longhua Playground, Luoyang, Henan province, is made of fake gold. Classy. Do people like this have no friends to advise them? Or are they just dumb? Founder: “Hmm, I think I’ll build a towering gold-coloured statue of myself as the Buddha.” Friend: “That would be embarrassingly crass!” Founder: “Why thank you.”

A disorderly woman subdued by police died soon after her arrest in Japan. Police revealed that a fat officer had sat on her. The policeman weighed 100 kilos, which is equivalent to one US football player or the combined weight of every Japanese woman I’ve ever met. The Daily Yomiuri says cops may be charged with “use of excessive force”. Surely “use of excessive weight” would be more accurate?

A baby sold on Facebook. A man posted a blurb on the website to offer the newborn boy to people on his “friends” and “friends of friends” list. A Facebook user in New Delhi offered the equivalent of $14,800 for the little guy.

But the mother in Punjab complained that unscrupulous family members had sold her baby and police recovered it for her. They learned that the baby had been sold three times. The child’s grandfather sold it to a nurse who sold it to a lab assistant who put it up on Facebook. I wonder how he described his relationship with the baby? “It’s complicated.”

The son of a mainland Chinese official tried to get good marks at Bath University in the UK by buying them. Li Yang put a pile of money on his professor’s desk and said: “I am a businessman.” After he gets out of UK jail, he clearly has a great career ahead of him as a Chinese official.

A chief minister asked citizens to smoke more cigarettes so that useful tax money could be raised. “Please smoke a little more these days, then the amount can be raised quickly,” Mamata Banerjee of West Bengal told reporters in Kolkata, according to the International Business Times. Great idea, Ms. Banerjee, why not urge citizens to buy ciggies for their children and household pets too?

The People’ Liberation Army of China has provided soldiers with a list of “useful” phrases in English, I read in a tweet from reporter Tom Hancock. Top five: 1) “Oh! So many weapons. Great!” 2) “The air bombardment worked well.” 3) “You are defeated.” 4) “We treat prisoners of war well.” 5) “Don’t die for nothing!” Now I know why the PLA soldier I once met at a party was so quiet.

Thought for the Day: Make today the day you start making firm decisions. Or maybe tomorrow.