Dehra Dun: In a keen desire to make Uttarakhand an education hub and thereby allowing the mushrooming of private Universities, by giving them permission to open their campuses, the successive state governments have inadvertently made Dehra Dun, where most of these Universities are located a drug and booze capital. 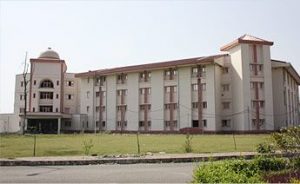 While most of the parents and guardians who have sent their children and wards to study in these private Universities, will be coughing up lakhs of rupees annually for tuition, books, board and lodging; a large sum of money is also being asked for by the students for books and allied educational expenses, a major part of which is diverted to meet booze and drug needs.

For not only have bottles of expensive brands of Scotch whisky like Glenfiddich and Johnny Walker been recovered but Smirnoff Vodka and empty cans and bottles of top of the line beers were also found. In some cases rooms had virtually been turned into godowns of empty and full bottles, which give the indication that there is excessive consumption of liquor in the University hostels.

Though no dugs were reportedly found in the raids that were conducted by the cops, but informed sources said that the students had enough time to get rid of the drugs as the small quantities in their possession could be thrown anywhere out of the room in the cover of darkness, which could be picked up later in the morning.

They said that the arrest of a number of drug pushers and smugglers from the city during the last couple of months had revealed that there was a great demand of hashish and even synthetic drugs like heroin and speed in the University hostels, and because of the profits involved most of them had taken to providing drugs to the students.

Meanwhile a senior police official on conditions of anonymity said that the spurt in golden chain and purse snatching from women in the city was the reason why the raids were conducted in the various hostels in the Clemen Town and Subhash Nagar areas of the city. “In most of these snatching incidents, bike or scooty riding youngsters are involved”, he added.

He said that though it could be some anti-social elements in stolen vehicles, who could be involved in these incidents, but the general perception was that it was mostly students who on not being able to meet expenses for their drug and booze, were resorting to chain and purse snatching so that they could get the money.