New Delhi: Commuters here faced difficulties today morning as traffic restrictions were placed in and around central Delhi and in parts of south Delhi due to the visit of Chinese Premier Li Keqiang. 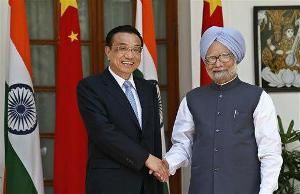 According to directions issued by Delhi Traffic Police, traffic was restricted since Sunday night due to the VIP movement across the city.

Commuters were also advised to avoid roads near India Gate in the heart of Delhi, with diversions and barricading, which resulted in long traffic jams.

“Traffic was restricted for a few hours yesterday. Today there are restrictions in some parts of Delhi from 10 a.m. due to VIP movements,” a traffic helpline official said.

Swaroop Singh, who lives in Gurgaon and works in Connaught Place in central Delhi, said it was difficult to reach his office in the heavy traffic and roads being closed.

“There was so much traffic this morning. It will mean one to two hours more in my commuting time,” he said.

Police sources added that strict vigil is being maintained around Majnu ka Tila, home to thousands of Tibetans living in exile, to ensure they are unable to carry out their threatened protests against the visit.

Li is visiting India at the invitation of Prime Minister Manmohan Singh May 19-21. From India, Li will go to Pakistan, Switzerland and Germany.