Special National Investigation Agency (NIA) Judge I.S. Mehta granted bail to Shah on a personal bond of Rs.20,000 with a surety of the like amount. 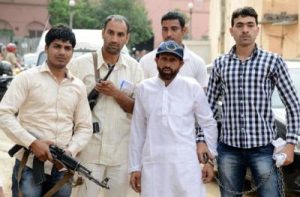 The court also directed Shah not to leave the country without its prior permission.

Shah, 45, had moved a bail application stating he had been in custody since March 20 and no concrete evidence had yet been found against him by probe agencies.

The resident of Dardpora village in Kashmir’s Kupwara district was arrested from Uttar Pradesh’s Gorakhpur district when he entered India through the Sunauli checkpost on the India-Nepal border. He had flown to the Nepal capital Kathmandu from the port city of Karachi.

There are two conflicting versions on Shah’s arrest.

While Delhi Police claim he was part of a terrorist plot attempting to launch a fidayeen (suicide) attack in the capital, Jammu and Kashmir Police say he was on his way back home from Pakistan to surrender under the rehabilitation policy of the government.