Shimla: Suffocated for want of playing space tiny tots too joined the protesting for more public spaces, parks and grounds of children and the young that was organized here by  Youth for Enlightenment of Society, (YES), today.

The protest was held in the city centre, The Mall and The Ridge area, highlighting the need of the children. 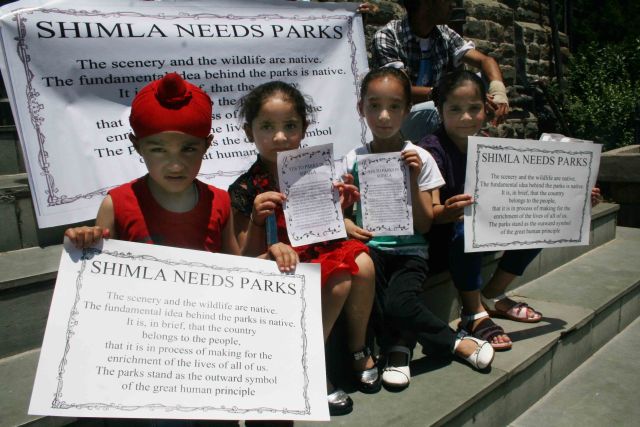 Aakarashan Chauhan, president YES said, despite getting an assurance from the municipality and the government, no parks or playgrounds have been developed. We have been forced to protest and will continue to do so till students and children get their share of public space in the city.

Increasing number of vehicles on the roads is fast encroaching upon all opens spaces and ground, turning them into parking lots, most of the illegal ones but the government nor the municipality is concerned about having enough grounds for children to play, he said.

Chauhan who has been working with drug de-addiction among students holds that one of the primary reasons for the drugs getting hold of the young was that there was not sporting activity to engage the youth of the city.