New Delhi: The National Human Rights Commission (NHRC) today sought a report on the deaths of two children after their mid-day meal at an Anganwadi centre in Haryana’s Panipat district. 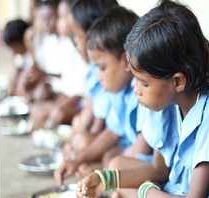 “Panipat’s deputy commissioner and superintendent of police have been asked to submit the report in four weeks over the death of two children after they ate a mid-day meal at an Anganwadi centre in village Pardhana,” an NHRC official said.

The notice is returnable in four weeks.

The commission’s directions are based on a complaint quoting media reports about the incident. The complainant has requested the commission’s intervention, saying that no FIR has been registered in the matter.

The condition of two brothers — Sagar, seven, and Raman, four — deteriorated after they allegedly ate their mid-day meal.

However, nothing happened to other children who ate the same meal. The incident occurred in March.